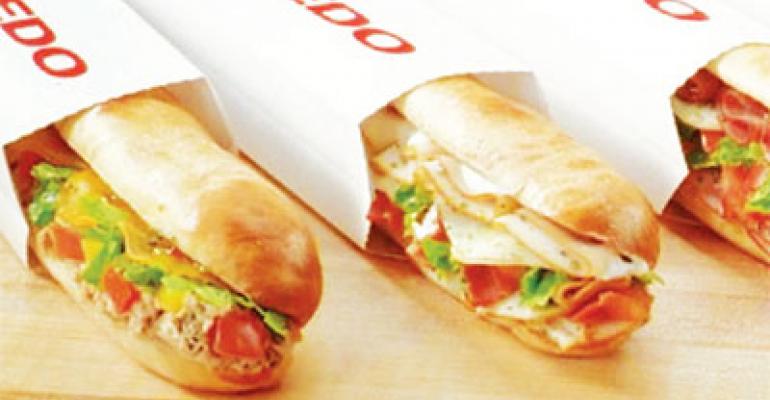 Limited-time offers, or LTOs, are a powerful tool for restaurants looking to accomplish a variety of tasks — from driving traffic and testing new dishes to standing out from competitors, controlling costs with less-expensive ingredients, and possibly sidestepping federal menu-labeling regulations.

“I like this topic of limited-time offers because I think they’ve been used very, very successfully,” said foodservice consultant Arlene Spiegel, principal of Arlene Spiegel & Associates in New York.

“What comes to mind from a national chain standpoint is what Darden does with their Red Lobster brand, and how every year they promote their seasonal lobster dinners for a limited time,” she continued. “Everyone understands that lobsters are in season only once a year. They’re very careful to mention that there is a time frame, which creates a sense of urgency. They see about a 12-percent lift in their traffic when they run their lobster promotion.”

With the economic downturn, there has been a “tremendous” use of limited-time dollar-meal offers by almost all of the fast-casual and fast-food chains, Spiegel said. She added that they are “a useful tool in giving a reason to reach out to your constituency, your population.”

LTOs also have a more palpable benefit, she noted.

“It mitigates the risk of having to run something that has low margins for an extended period of time, because it does create cash flow and brings people into restaurants,” she said. “The operators don’t really like it because usually these are low-margin items.”

Spiegel said LTOs could work for fine-dining concepts, too. However, she noted, fine-dining restaurants generally use a “much more subtle approach to limited-time offers. It’s not broadcast, and coupons aren’t handed out, but [operators] will create a whole menu based on a specific ingredient that they can feature on the menu. They can offer wines or produce items on their menus that simply aren’t available other times of the year.”

“There is no question” of the LTO’s importance, said Russell Bellanca, owner of Alfredo of Rome in Manhattan’s Rockefeller Center and Trattoria Cinque in Tribeca.
“I do believe limited-time offers, in any industry — wholesale clothing, restaurants, whatever it is — work. The psychology of human beings is such that if it’s something urgent, they will react, and if it’s not urgent, they won’t react.”

Bellanca said that he and the staffs of both his restaurants have learned that lesson.
“When we do promotions or give out gift cards we always [include a] two or three months’ expiration,” he said. “We sometimes give coupons to people for some promotions we do. We always put an expiration date on it to make sure they use it.”

“LTOs are incredibly important to Quiznos,” said spokeswoman Ellen Kramer, “particularly because we pride ourselves on unique tastes and chef-inspired flavor combinations and recipes.”

“For example, the Toasty Torpedo was originally introduced as a limited-time offer and is now a major part of our regular menu nationwide,” she said.

As the 4,000-unit chain continues to focus on menu innovation, she added, “The LTO remains an expression of the Quiznos brand that helps us stay ahead of the competition.”