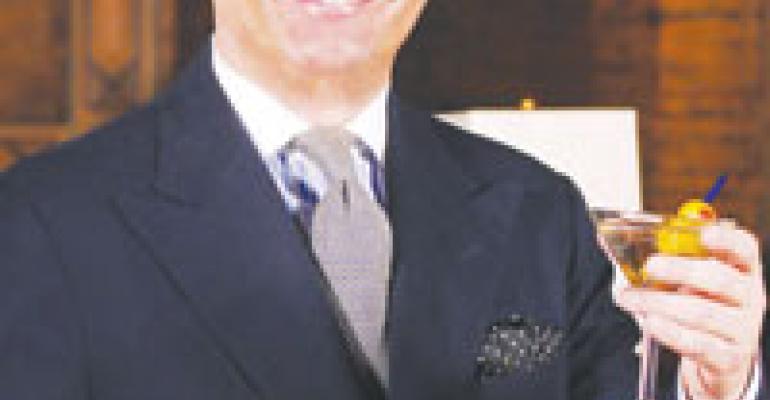 Mark Grossich knows the sting of having success backfire.

An adman turned nightclub impresario, Grossich was the force behind a four-unit upscale nightclub chain in Manhattan called Bar & Books through the 1990s. It catered to night owls of a certain age, affluence and professionalism and for whom the combination of premium spirits, great wines, classic jazz and quality cigars was a great way to end an evening.

Then smoking was banned in the city’s food and drinking places and Grossich was forced to change his business model.

Last fall he opened his first restaurant, a full-service, fine-dining American bistro and wine bar called Madison & Vine in the Library Hotel at 41st Street and Madison. The restaurant joins a portfolio of four nightclubs that cater to a rich, older clientele and are each unique for their architecturally distinguished locations, including The Campbell Apartment, The World Bar and The Carnegie Club and Bookmarks. The company had revenues of more than $11 million in 2007.

How did the smoking ban hurt your business?

Hurt in the pocketbook in a real, direct way. It hurt the whole industry, the bar on the corner, the four-star places with separate smoking quarters. Everybody. Still, it is unfair and unfortunate that these antismoking zealots compare smoking a cigar and a cigarette on the same scale. There’s absolutely no comparison. Cigarette smokers are addicts. You will never see a cigar smoker use a lighted cigar to light up another one. There’s a ritual and finesse to it and it’s relaxing.

Surprised. Just very surprised, especially by the speed of it and that [Mayor Rudolph] Giuliani pushed it so hard. Hell, he was one of my customers, too, and loved a good cigar. But our Carnegie Club in CitySpire Center is one of maybe three or four places still in business in the whole city where you can legally smoke.

What made you go into the restaurant business after all this time?

Well, we have a beautiful rooftop nightclub called Bookmarks at the Library Hotel that was doing exceptionally well and the owners came to us and said, “Hey, can you do the foodservice at our primary restaurant?” The rest is history. We think of it as an American bistro with an international wine bar.

What’s the story of The Campbell Apartment in Grand Central Station? It has to be the crown jewel in your portfolio, no?

Thanks. We’re real proud of it. Well, the MTA approached us about doing something with the space. It had been the office of a wealthy tycoon, but had been hidden away over the decades as a place to warehouse equipment for the MTA. They wanted to do something contemporary and modern. But I saw all of this elegance and timelessness in the details in the place and thought it would be perfect to renovate it into its original grandeur with our style of serving premium, high-quality liquor. I think it’s safe to say we hit the nail on the head.

What’s the big trend in your business these days?

You see plenty of restaurateurs getting more and more into nightclubs or bar business. But you hardly ever see nightclub owners going into foodservice. I think the reason for that is the profits are so much better in the bar business. Most successful restaurants used to do a 70/30 food-to-drink mix. Now, I believe, that’s more like 60/40.