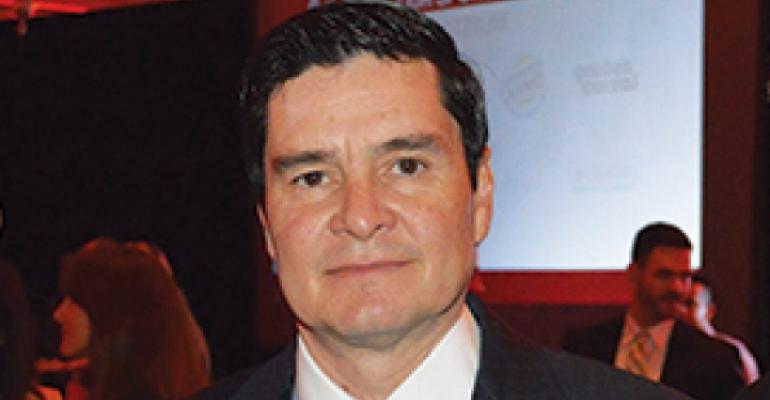 Guillermo Perales has found his place in the sun.

The founder, owner and CEO of Sun Holdings Inc., one of the nation’s largest franchise operators, has grown his Dallas-based restaurant empire in the last 18 years from a single Golden Corral location to more than 500 Burger King, Popeyes, Arby’s, CiCi’s, Golden Corral and Krispy Kreme units. Sun Holdings also counts among its holdings 10 airport restaurants and 89 T-Mobile stores.

Since using a loan from the Small Business Administration to launch the company in 1997, Perales has tallied a growth rate of 50 percent per year, he noted in a recent blog post. In 2015 he continued his aggressive expansion pace, including his acquisition of 84 Burger King locations in Texas, bringing his total to 280 units of that brand alone.

Even as some restaurant operators have sought to shed locations — either parent companies divesting corporately owned units or smaller operators retiring from their businesses — Perales has stepped up to the plate, eager to add density in his core markets of Texas and Florida.

He has accumulated dominant market shares in several cities in those states, a strategy that provides marketing and operational efficiencies, and affords flexibility for expansion and relocation, he explained in a 2012 interview with Entrepreneur magazine.

“When you have the whole market, you can do what you think is the right thing,” he said at the time.

The Mexican-born Perales, who reportedly is the largest Hispanic franchise operator in the country, has been recognized with numerous awards for his leadership and entrepreneurial skills. He also is active in various industry activities, including his serving as president of the International Hispanic Franchisee Association.