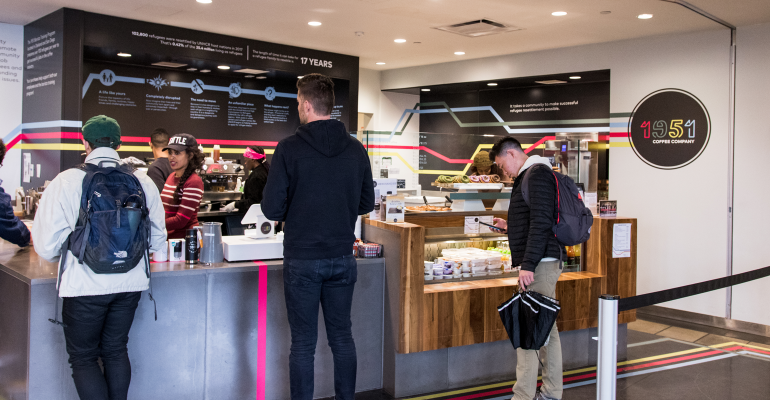 Daryl Ansel believes food — and the business of restaurants — should be within reach of everyone.

As executive director of the ASUC Student Union on campus at the University of California at Berkeley, Ansel and his team have brought in four restaurant concepts born at La Cocina in San Francisco, a business incubator that cultivates low-income food entrepreneurs, as well as a specialty coffee company that provides job training and employment to recent refugees. 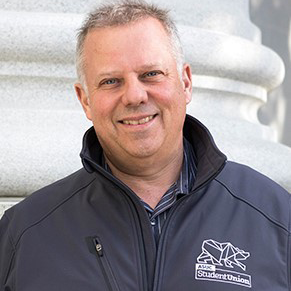 Ansel is also working on solutions to feed the growing number of students that struggle with food insecurity. And previously in Los Angeles, Ansel helped build the nonprofit LA Kitchen, which fed and offered job training to those in need.

Ansel will be honored with the Foodmanitarian Award at the 23rd Annual UCLA Extension Restaurant Industry Conference, scheduled for April 25 at UCLA.

For Ansel, the work is an opportunity to give back after a career that has included executive positions at some of the nation’s top multiconcept groups, including the restaurants of New York-based SBE, Philadelphia-based Starr Restaurants and Los Angeles-based Grill Concepts.

He said the restaurant industry can play an important role in shaping more equitable communities.

“It really stems from when I went to Cornell, and the mentorship and support I got there to explore all these nonprofit programs and to learn about food systems and issues like food security,” Ansel said. “That world was very important.” 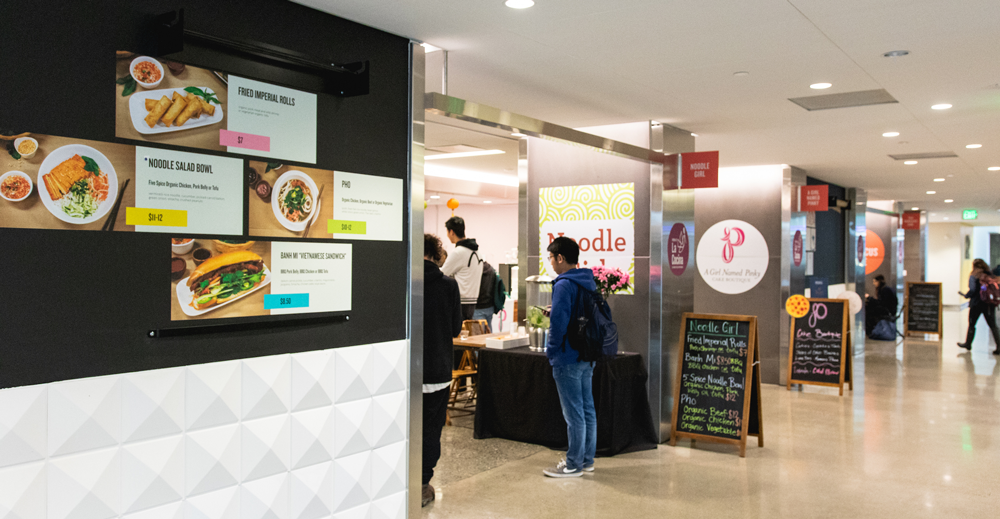 Ansel said his interest in social justice also stems from his own challenges growing up in Northern California. His father died when Ansel was 14, leaving his mother, who had been until then a stay-at-home mom, to support the family.

“Overnight, life changed for us,” he said. “We were struggling for many years, and the only way I survived was through the school lunch program. I kind of always realized that food insecurity can be an issue for almost anyone.”

Ansel’s undergraduate degree is from Berkeley. He went on to graduate school at Cornell University and found himself working as foodservice finance manager for Universal Studios in Los Angeles, with multiple food-and-beverage outlets and a commissary generating about $60 million annually. “I always say that’s where I really learned to make money in the food business,” he said.

Over the next decade, Ansel moved through chief finance officer positions at Grill Concepts, then a public company and operator of the Daily Grill chain; Starr Restaurants, parent to the restaurants Continental, Buddakan and Morimoto, among others; and SBE, a group that would grow to include Katsuya, José Andrés’ Bazaar and later the Umami Burger chain.

In 2009, he joined UCLA as director of dining services, managing nine high-volume outlets serving about 6 million meals annually. There, he said, it wasn’t just about feeding students but building sustainable food systems that met the students’ expectations on every level, including issues like environmental initiatives, waste reduction, socially responsible sourcing — even planting gardens on campus where students could grow ingredients. 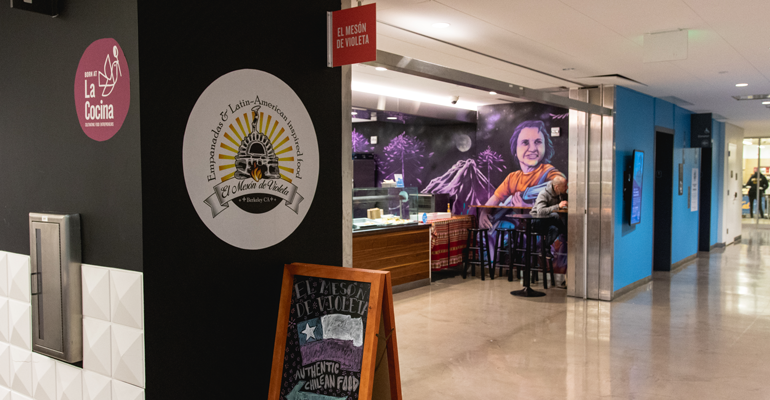 “Colleges are really where it’s happening,” he said.

But after six years, Ansel left to help launch LA Kitchen, a nonprofit that offered educational programs for those who had been incarcerated, were homeless or in foster care. LA Kitchen offered foodservice training and fed those in need, largely using recovered food.

But the program couldn’t sustain itself financially, he said. Ansel found himself back at his alma mater in Northern California as executive director of the Student Union and associate dean of students at Berkeley, where a traditional foodservice contract “wasn’t thriving.”

To replace it, Ansel developed a relationship with La Cocina, a nonprofit business incubator in San Francisco designed to give opportunity and resources to startups who might not have access to traditional structures because of insufficient financial or social capital. Many are women of color and immigrants.

In addition, Ansel brought Café 1951 to Berkeley, a separate nonprofit coffeeshop concept that provides opportunities to refugees recently in the U.S. The concept now also has two off-campus locations, and it is looking to expand to other cities, Ansel said. 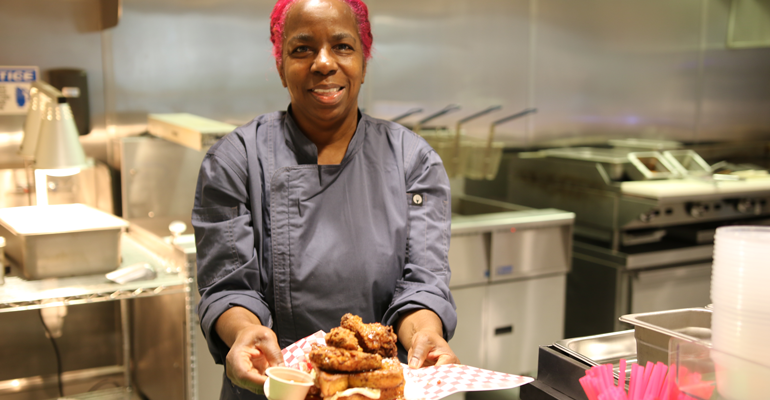 “They have 10 people working now who are all new refugees. They do a fantastic job,” said Ansel. “People appreciate the social mission, but it’s also really great coffee and great service.”

Now Ansel is working on the challenge of food insecurity. In 2015, a survey indicated almost 20% of students within the UC system have “very low” food security, meaning they sometimes didn’t have the money to eat.

Working with the Berkeley Student Food Collective, a student-run grocery program just off campus, Ansel said they are developing a student-run kitchen that would feed students with food recovered from the dining hall, events and other donated sources. They hope to launch the program this year.

“This is a work in progress,” he said. “[There are] students at Berkeley who are low income and need that kind of assistance. We have a lot of basic needs programs at Berkeley because some of our population is first generation, a lot of our students are on financial aid, our housing cost here at Berkeley is very high, so it’s a challenge for students to get by financially.”

Ansel said his role is not to be the provider of solutions but a collaborator with Berkeley’s already motivated students.

“Like so many of my efforts, it’s really driven by teams of people,” he said. “Berkeley students are very socially conscious.  They see the problem of food insecurity as theirs to solve.”