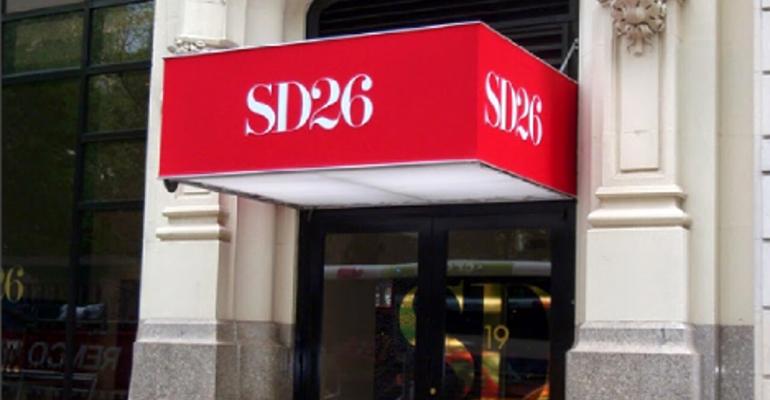 Tony May, restaurateur and ambassador of Italian fine-dining, dies at 84

Tony May, the restaurant impresario who educated New Yorkers about Italian fine dining, died on Sunday according to his daughter Marisa May. He was 84.

The operator of Palio, which opened in 1986, and San Domenico NY, which opened in 1988, May offered customers who were accustomed to red sauce-based Italian-American cuisine the alta cucina of the Italian aristocracy, which at that point was unknown in the United States.

May also was a mentor to many chefs of Italian food, including Paul Bartolotta, Andrew Carmellini, Scot Conant and Marc Vetri.

May was born Antonio Magliulo on Dec. 6, 1937, in the town of Torre del Greco, a few miles south of Naples Italy, the eldest of eight children and the son of a sea captain. To help the family make ends meet he started working as a commis on a cruise ship at age 17.

The next year he went to London to study English and then returned to the cruise ship where he started, becoming its maître d’ by age 20.

Five years later, in 1963, he moved to New York City and got  job as a waiter at The Colony restaurant, followed by a methodical study of the American style of service, food and operations, which he did by working six-week stints at a number of restaurants in the city.

By February of 1964 he landed a job as a waiter at The Rainbow Room, the iconic rooftop destination. By 1965 he was maître d’ and by 1968 he was general manager and adopted what he called his “stage name” of Tony May.

He was appalled at what passed for Italian food in New York at the time.

“The food was generally heavy and very sweet compared to the lightness of the food I was accustomed to,” he told NRN in an interview in 2005.

So in 1971 he held his first “Italian Fortnight,” for which he flew chefs in from Italy to cook their cuisine. It was a hit, and he continued to invite visiting Italian chefs to cook at his restaurants as long as they remained opened.

Palio closed in 2002, and in 2009 San Domenico NY moved from its Columbus Circle location farther downtown to 26th St., where it was rechristened as SD26 and was eventually sold in 2015.

In 1979 May founded the Grupo di Ristoraturi Italiani with the mission of improving the image of Italian cuisine through education and sent American students, restaurateurs and members of the media to a different region of Italy each year to sample products and see how Italy’s own cuisine is evolving.

In 1991, May founded The Italian Culinary Institute, or ICIF, in Italy with professionals in the Piemonte region and was also involved with a variety of American culinary educational institutions including Johnson & Wales and The Culinary Institute of America. He helped finance and name the latter’s Italian restaurant on its Hyde Park, N.Y., campus, Ristorante Caterina de Medici.