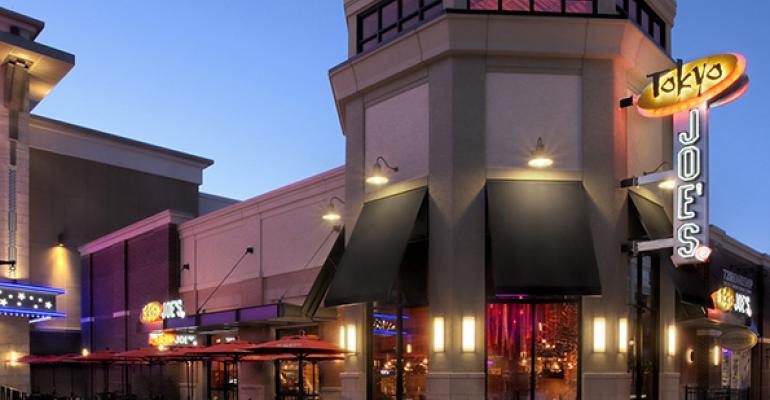 Davis, who took the helm of the fast-casual Asian chain on Jan. 1, replaces Greg MacDonald, who left the company in the third quarter of 2014, company officials said.

Davis has served on Tokyo Joe’s board for about a year. He was previously chief operating officer of Breckenridge-Wynkoop LLC, parent to the Breckenridge Brewery, Wynkoop Brewery and other casual-dining concepts in Colorado.

Prior to Breckenridge-Wynkoop, Davis worked in operations at Panera Bread Co. for about 10 years.

Tokyo Joe’s was founded in 1996 by Larry Leith, who remains the chain’s chief innovation officer. In 2013, it was acquired by private-equity firm Gridiron Capital LLC, in partnership with MacDonald, formerly CEO of Quiznos. Leith said MacDonald is a minority investor in Tokyo Joe’s.

Meanwhile, Gridiron is moving forward with the chain’s growth. Tokyo Joe’s launched a franchising program last year and recently signed its first franchise agreement with Dale See, who plans to open four of the fast-casual restaurants in Tucson, Ariz.

Known for its customizable, made-to-order bowls and sushi, the 30-unit chain moved outside Colorado for the first time last year, with corporate units in the Phoenix market. In 2015, Tokyo Joe’s plans to open eight company-owned restaurants, including units in Dallas for the first time, Leith said.

In October, Tokyo Joe’s named Joe Dennen chief financial officer. Dennen was formerly senior vice president of finance and information technology at Golden, Colo.-based Boston Market Corp., where he worked for about 17 years. Before that, he worked in the audit and management consulting groups at Ernst & Young, in Denver and Chicago.