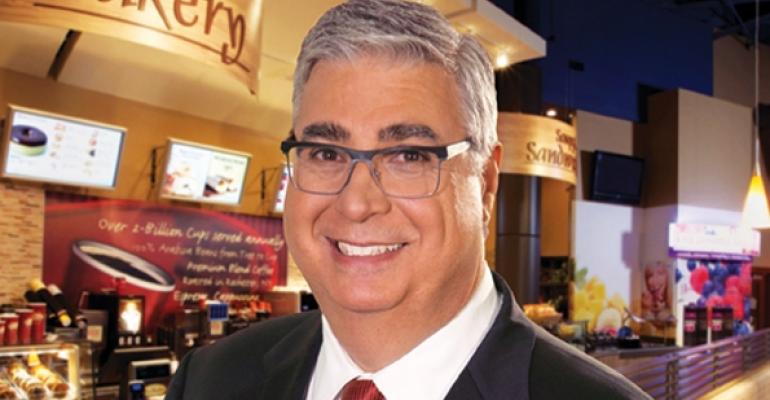 Caira, who was most recently Global CEO for Nestlé Professional, will take over the post on July 2, the Oakville, the Ontario-based quick-service brand said in a statement. He replaces Paul House, who is stepping down from the chief executive position to take over as the non-executive chairman of the board of directors at Tim Hortons.

“His knowledge of out-of-home hot and cold beverage and food sectors is second to none,” House said in a statement. “Marc's strategic leadership capabilities, vision and tremendous depth of experience make him the ideal leader to take Tim Hortons into the future.”

Also in a statement, Caira described Tim Hortons as “an iconic brand and national treasure in Canada.”

“It’s an honor to lead this organization at such an important time in its history,” he said.

Tim Hortons is the largest publicly traded restaurant company in Canada. As of March 31, the company had 4,288 locations systemwide, 808 of which are in the United States.