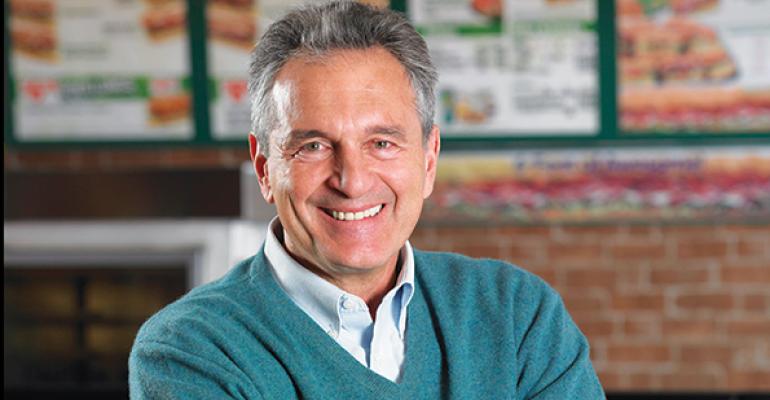 GALLERY: A look back at Subway&#39;s company milestones &gt;&gt;

Fred DeLuca, who founded a small sandwich shop as a teenager that became Subway, the world’s largest restaurant chain, has died, the company said Tuesday. He was 67.

DeLuca fell ill in 2013, while traveling to visit franchisees, and was diagnosed with leukemia. He remained active with Subway, but in recent months ceded more control to his sister, Suzanne Greco, who earlier this year was named company president, in charge of daily operations.

DeLuca also became a leader in the franchise business. He was an active member of the International Franchise Association, and received numerous awards and accolades.

DeLuca and his business partner, Dr. Peter Buck, opened their first sandwich shop in Connecticut, in 1965, when DeLuca was just 17 years old. Subway is currently the largest restaurant chain in the world in terms of unit count. The chain has more than 26,000 locations in the U.S., and more than 44,000 locations worldwide.