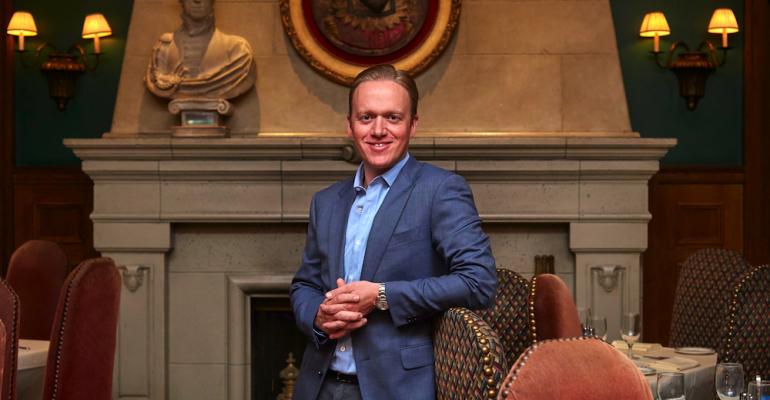 The former CMO, a trained chef and butcher, is a fourth-generation member of the founding family

Ryan O’Melveny Wilson has been named CEO of Lawry’s Restaurants Inc., succeeding his uncle, Richard Roger Frank, who will transition to the position of executive chairman of the board, the company said Wednesday.

Wilson was named the company’s chief marketing and strategy officer in 2018, and before that was its vice president and executive chef.

Before joining the family business 12 years ago, Wilson worked in restaurant kitchens including Quince in San Francisco, La Toque in Napa, Calif., and Gramercy Tavern in New York City before training in Italy under butcher Dario Cecchini at Antica Macelleria Cecchini in the Tuscan town of Panzano. He then joined Lawry’s Restaurants to work in the group’s kitchens and to do research & development for SideDoor.

Related: A look back at Lawry’s signature waitstaff uniform

This story has been updated to include additional locations of Lawry's The Prime Rib.
TAGS: Operations
0 comments
Hide comments
Related
Sponsored