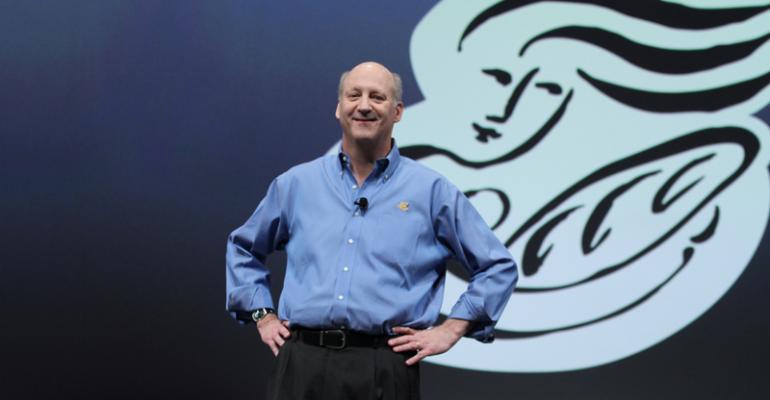 Shaich, who helped revolutionize the restaurant business while making Panera Bread one of the largest chains in the country, is stepping down as its CEO, the company announced on Wednesday.

Blaine Hurst, a six-year company veteran and its president, has assumed the role of CEO. Shaich will step down effective Jan. 1 to “better allocate his time” between Panera, the company’s new owner, JAB Holdings, and his personal investments. He will remain Panera’s chairman and will be “a significant investor in the company.”

His departure comes months after JAB acquired Panera in a $7.5 billion deal.

The announcement came as Panera also said it has a deal to acquire Au Bon Pain, the Boston-based chain that Shaich helped found, and which was ultimately used as a vehicle to buy the chain that later became Panera.

The 2,000-unit Panera was among the most successful early fast casual restaurants that promised better food in a limited-service concept. The success of Panera, along with Chipotle Mexican Grill Inc. and others, helped push existing chains to improve their offerings, remodel stores and increase their competitiveness. They also helped lead to an unprecedented rush of investment into the restaurant space and other fast-casual chains.

“This is the right time for me to step down as CEO while still staying involved in the business as chairman,” Shaich said in a statement. “I returned in 2011 because our growth was slowing and we needed to reposition Panera as a better competitive alternative with expanded growth opportunities. And I’m happy to say we’ve done that.”

Panera operates more than 2,000 locations, and under Shaich the company undertook a costly and controversial strategy adding digital technology, including self-order kiosks, into its restaurants. The “Panera 2.0” strategy was credited with helping revitalize the chain’s sales in recent quarters.

“The themes we bet on and executed successfully over the last half decade — digital, clean food, loyalty, delivery and new formats for growth — are shaping the restaurant industry today,” Shaich said.

Hurst, meanwhile, joined Panera in January 2011 as senior vice president of technology and transformation and was charged with guiding Panera 2.0 and its e-commerce platform.

He was promoted through the ranks and was named president in December. He had previously worked with Papa John’s International Inc., among others.

“Blaine has been a key player in our efforts to transform Panera during the past half-decade,” Shaich said. “He is very well known and respected in our organization and in our industry for his innovative thinking, technological savvy and ability to drive change.”

Shaich said in a release that Panera in its most recent quarter outperformed restaurant same-store sales by more than 800 basis points, versus the Black Box Intelligence monthly restaurant index.

“The past seven years have given me the opportunity to learn from an industry icon,” Hurst said in a statement. “And I have been fortunate to lead and be a part of many of the initiatives that are now driving Panera’s success.”