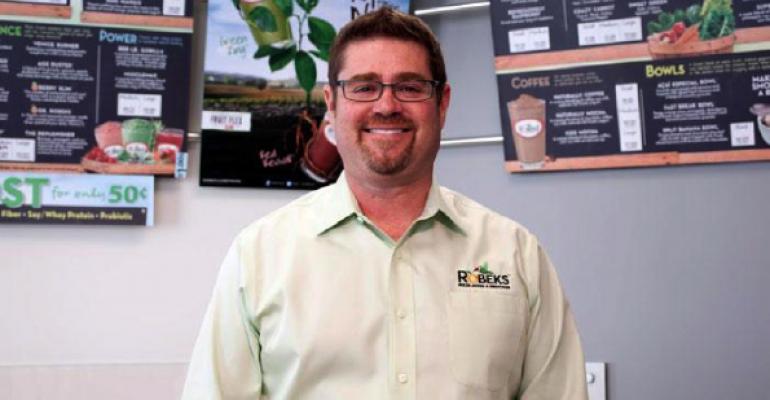 David Rawnsley is also a franchise operator for the brand

Rawnsley, who will retain the CFO role, and is also a Robeks franchise operator, will replace Steve Davidson as president.

“It’s an exciting time to lead Robeks,” Rawnsley said in a statement. “We will be debuting a number of innovations over the course of 2016, including some new products, new technology and a revamped menu board. We also have a number of store remodels scheduled at locations nationwide.”

Rawnsley joined Robeks in 2004 as a regional director. He said owning his own unit has given him insight into operations and potential growth, and he is touring units across the country to gain input from other franchise operators.

The 95-unit franchise chain is celebrating its 20th anniversary this year. Robeks was an early pioneer of the acai bowl and Greek yogurt smoothies, and offers a full menu of freshly squeezed custom juice blends from fruits and vegetables.