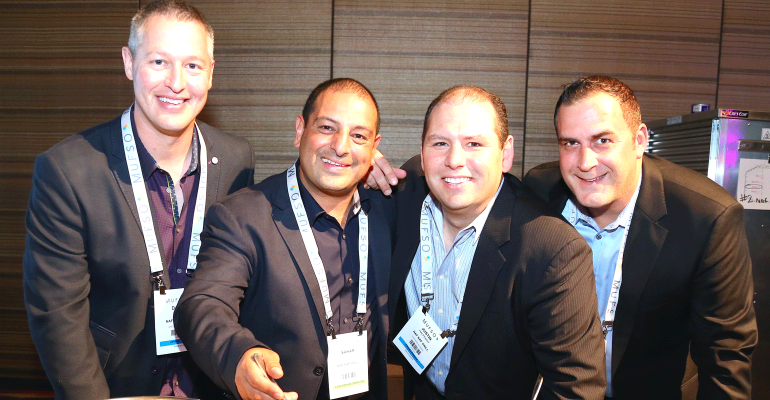 Sahar Sander, co-founder of the Chicago-based Naf Naf Middle Eastern Grill concept, died June 1 of a heart attack. He was 47.

The Middle Eastern menu of housemade pita, shawarma and falafel drew fans and the attention of David Sloan, who would later serve as co-CEO of Naf Naf with Sander.

They pared down the menu and relaunched the brand as Naf Naf Grill, expanding from downtown Chicago to Minneapolis and Madison, Wis.

Naf Naf now has 39 units in seven states and the District of Columbia. The brand was named a Nation’s Restaurant News Hot Concept in 2016, and Sander and Sloan were named to the NRN Power List in 2017.

“Sahar was an incredible guy and a strong influence in how the Naf brand was created,” said Paul Damico, who took over as Naf Naf CEO last June, in a statement. “We feel responsibility to take what he built, and for me personally, to grow this brand across the country in his honor. He will greatly be missed.”

Geoff Hill, managing director of Roark Capital, said, “Sahar had a tremendous spirit and passion about his Middle Eastern culture and food. He was a great partner to Roark and the original investors in welcoming Paul Damico and the team to take the Naf Naf brand to the next level. We extend our deepest sympathies to Sahar’s family during this difficult time.”

Sander is survived by his daughters, Gabrielle and Elya Sander, as well as his parents and two siblings.

Sander was born Jan. 16, 1971, in Israel. Services were held Sunday in Skokie, Ill. Interment was to be in Israel.