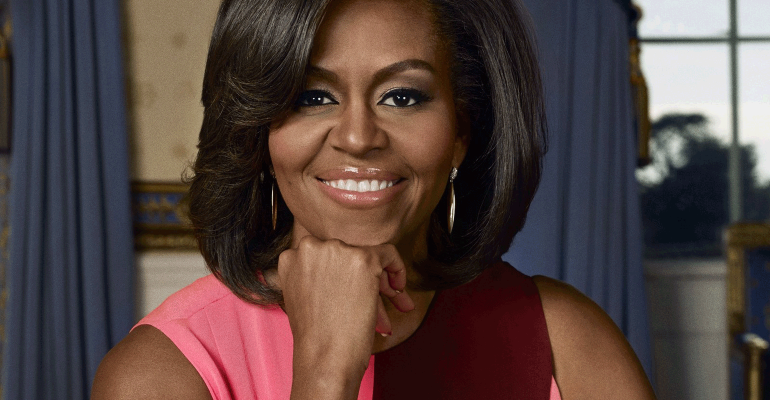 Former first lady to address advancement of women in workplace

Former first lady Michelle Obama will address the advancement of women in the workplace on March 7 during the Women’s Foodservice Forum’s annual leadership development conference in Dallas, the organization said Wednesday.

Obama will participate at the closing session of the conference, which will be March 4-7 at the Hilton Anatole Hotel in Dallas, the group said.

“We are thrilled that Mrs. Obama will join us and our other esteemed speakers,” said Hattie Hill, WFF president and CEO, in a statement. “She is a charismatic and inspiring role model that embodies the limitless possibilities that we want women in the food industry to aspire for.”

Obama served as U.S. first lady from 2009 to 2017 during Barack Obama’s two terms as president. She championed such initiatives as the “Let's Move!” campaign to counter childhood obesity and “Let Girls Learn” to help adolescents around the world go to school.

Obama will address workplace and other issues in conversation format with Hill.

The WFF’s three-day leadership conference, in its 29th year, and brings together more than 3,000 food-industry professionals.

WFF’s incoming board chair, Susan Adzick of McLane Foodservice Inc., added that conference comes at “a historic time in our country, when achieving gender equity has become a spirited national conversation.”

Correction: Jan. 29, 2018 An earlier version of this story misstated the date of Michelle Obama's appearance at the Women's Foodservice Forum conference. She will address the conference on March 7.