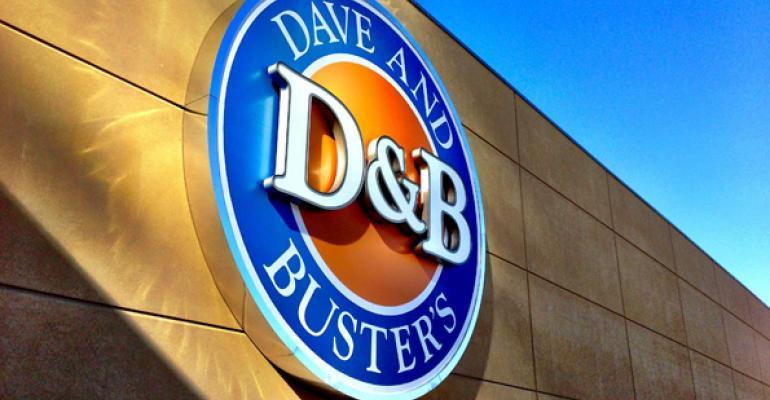 Dave & Buster's
No word yet on where he will be heading next.
News>People

Bowman is leaving the eatertainment brand for another opportunity on Dec. 8

Dallas-based eatertainment company Dave & Buster’s senior vice president and chief financial officer Scott Bowman is leaving the company for another opportunity, according to an 8-K filed with the U.S. Securities and Exchange Commission.

According to the filing, Bowman will be exiting the company on Dec. 8 for another opportunity. There is no further detail on where he will be going and who his successor at Dave & Buster’s will be at this time.

“On Nov. 1, 2021, Scott J. Bowman, the company’s senior vice president and chief financial officer, tendered his resignation effective Dec. 8, 2021, to accept another opportunity out of state that is closer to his family,” the filing says.  “Mr. Bowman’s departure is not as a result of any dispute with the company. the company thanks Mr. Bowman for his contributions and has commenced a search for Mr. Bowman’s successor.”

Bowman leaves the company after a successful second quarter, with revenue of $378 million, the largest quarterly revenue in company history. This followed a long dry spell for the eatertainment brand during the pandemic as in-person experiences were severely limited and the company’s locations were shut down for much of 2020.

Related: Dave & Buster’s begins to climb out of COVID-sized hole

As of Aug. 1, Dave & Buster’s has 142 stores in its portfolio, with one net new store opening during the quarter.