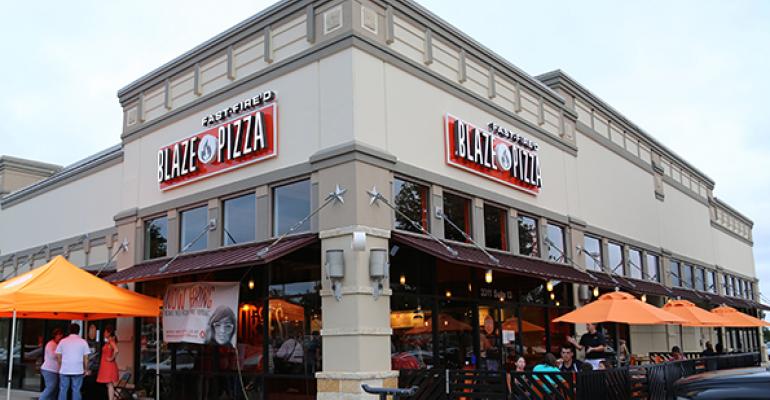 Mizes has been with Los Angeles-based Blaze Pizza since 2012. The company said he would spearhead its continued growth.

“Jim is uniquely suited to take over the CEO role at our organization,” Blaze Pizza co-founder Rick Wetzel said in a statement. “He combines a background in finance and restaurant operations with decades of experience helping startup brands at systems and process so they can scale smoothly and quickly. He is truly the entrepreneur’s best friend.”

Mizes previously worked with Noah’s Bagels and Jamba Juice on such transitions. Before joining Blaze Pizza, when it had just two units, he was president of Freebirds World Burrito.

He takes over a chain vying for leadership in the fast-casual pizza segment. Blaze Pizza has average unit volumes of $1.45 million. Last year, systemwide sales were $185 million.

Blaze Pizza gave Mizes considerable credit for guiding growth, and for bringing in franchisees with experience and capital to help fuel expansion, along with technology, systems, processes and training.

“By leveraging the infrastructure we’ve built over our first five years, we are now well positioned to become a dominant category leader,” Mizes said.

He noted that Blaze Pizza aims to become a $1 billion brand by 2022.