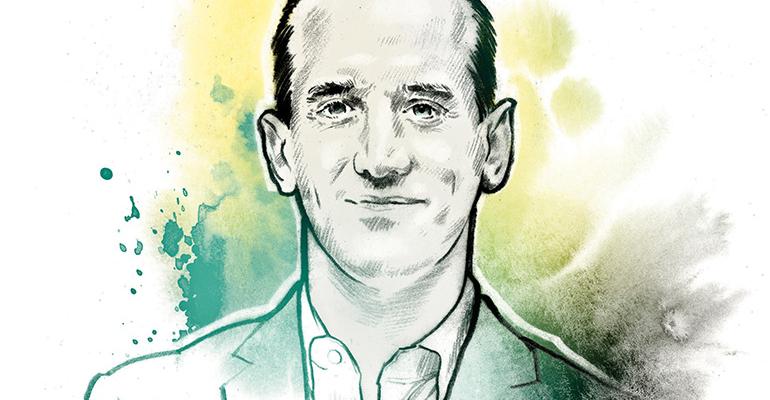 Shake Shack has had a reputation for quality since 2004, when founder Danny Meyer opened a hot dog cart in New York City that would become one of the country’s leading fast-casual chains.

But Shake Shack had a problem: The fries. Sure, they were good. But they were the frozen, crinkle-cut variety that didn’t seem to fit with the brand’s mantra of freshness. Customers wondered why the chain didn’t offer freshly cut fries, like In-N-Out Burger or Five Guys.

“After years and probably $1 million of retrofits, we launched what we believed was the best French fry ever,” Garutti said. “And everyone hated it.”

And he means everyone.

“We’d do taste tests and my kids would be like, ‘Dad, I like the old ones better. Why are you doing this?’” Garutti said. “I was like, ‘Aw, come on, kids, you don’t know anything, you’re just kids.’ And they were right.”

The lesson? Don’t just listen to your kids, but to your staff. The Shake Shack team wasn’t behind the switch, either. The old fries were good, and easier to make, so why change it? Six months later, Shake Shack brought back the frozen, crinkle-cut fries, but with more natural ingredients. The chain also had to reformulate the recipe to meet standards required in the United Kingdom ahead of opening a location in London.

“When you believe a decision is right, when do you switch back?” Garutti asked. “It’s just listening —
listening to your team.”

But the French fry crisis has been one of few missteps in Shake Shack’s 13-year history, a mere speedbump on the way toward a global presence — and a Golden Chain award winner.

Between 2014 and 2016, Shake Shack’s U.S. system sales increased 130 percent, to $277.3 million from $120.5 million, making it the fastest-growing large chain in the U.S. over that period, according to NRN Top 200 data. Much of the growth came from unit count. Domestic unit count doubled, from 36 locations to 71 units, over that period, according to NRN data.

As of June 28, Shake Shack operated 134 units systemwide, 75 of which were domestic, company-operated locations.

In 2015, Shake Shack engineered one of the most highly anticipated initial public offerings in restaurant history, with the stock up 118 percent after the first day of trading.

Shake Shack has become a major player in the fast-casual segment and one of the best-known brands among better burger concepts that have been stealing market share from larger chains in recent years.

In Garutti’s opinion, the chain has tapped into demand for quality, both in food and service.

“If you really look at what made even fast food great decades ago, it was a place where communities gathered,” he said. “We believe above everything else that Shake Shack is a community gathering place. People of all ages, of all income levels — this is a place where people want to be together. And then you add the premium ingredients, the story of Danny Meyer and the great hospitality. But the reality is, what we’re building is a great community gathering place.”

The commitment to community was personified during Hurricane Harvey. Shake Shack’s relatively new location in Houston was closed because workers couldn’t get there due to flooding. But a handful of workers showed up anyway and cooked burgers for the Houston police.

“We just cooked burgers and gave them away,” Garutti said.

Garutti has worked with Meyer and Union Square Hospitality Group for years. He was a general manager at Union Square Cafe and Tabla, and director of operations for the group’s restaurants. He was named Shake Shack CEO in 2012, when the concept was still a burgeoning chain popular among burger lovers.

“I’ve been lucky,” he said. “I had a few mentors who have changed the direction of my life. I know about leadership from them.”

One was Meyer, Shake Shack’s chairman, who is “better than anybody in the world, all day, every day, at telling people what’s important,” Garutti said. Another leader was highly regarded Seattle restaurateur Chris Canlis, for whom Garutti worked years ago.

“His was a life of generosity, sincerity and integrity,” Garutti said. “When you can be generous and be centered toward others, not yourself. When you can serve your team. These are the things people look toward from their leaders, to see a real person to be a part of and to emulate.”

“People leave their leaders, not their company,” he added. “Shake Shack as a company is so strong because of the leaders they develop.”

Shake Shack has made it a mission to develop a culture of what it calls “enlightened hospitality.” And the chain gives workers raises well above local minimums in an effort to attract and keep employees.

That can be difficult for a publicly traded company, with investors worried about margins. But for Shake Shack, total dollar growth is more important than margins. And the higher pay has translated into better service, a benefit for the company.

“As a public company, you have bigger pressures,” Garutti said. “It always makes big decisions difficult. But we don’t lead the company for percentages. We lead it for dollars. And we make a whole lot of dollars.

“If we go down as a percentage because we’re taking care of the team, we’re rising in overall sales and profit.”