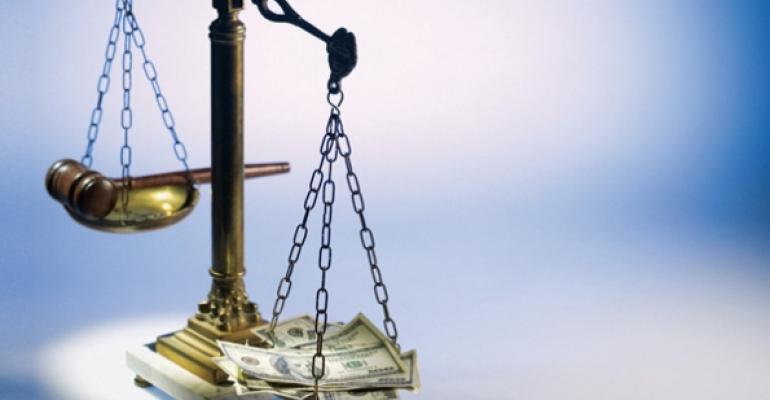 Restaurant operators and franchising companies face attacks from all fronts. Labor unions push minimum wage and union neutrality agreements. Animal liberation groups demand pledges to not use veterinarian-approved farming practices they deem harmful in an effort to eventually eliminate meat and dairy. Anti-alcohol groups want all cars equipped with sensors that won’t let your car start if you’ve had as little as one drink. And now radical environmentalists are pushing against genetically improved foods, demanding warning labels in supermarkets and potentially on restaurant menus.

The temptation to cut a deal with activists is always there. Activists at nongovernmental organizations backed by millions of dollars in foundation grants threaten brands with attacks unless restaurants or food retailers agree to their cause of the week.

So why not play nice with these people? It’s simple: You make yourself an easy target for future shakedowns.

Wegmans supermarkets recently tried to make anti-GIF activists go away with mealy mouthed statements calling for federal standards for the labeling of products containing these ingredients, which is about 80 percent of packaged foods.

Wegmans has now allowed activists — who are not the great majority of its customers — into its decision-making process.

And how do the activists act once they’re in? They essentially function like termites. They will eat away at and undermine companies’ profitability and business practices.

While it may be GIFs today, it’ll be something else tomorrow, such as organic food, animal rights or certain ingredients. In past years we’ve seen organized whining about high fructose corn syrup (which is nutritionally no different than sugar from beets or cane) and how animals are housed (activists have taken positions contrary to animal welfare science).

McDonald’s has pledged to buy sustainable beef starting in 2016 and is participating in a roundtable of experts to determine standards. You’d think activists would be applauding this move. Instead, the greenies at the Natural Resources Defense Council are making constant demands about the output of the roundtable. NRDC is complaining about everything from feed crops to use of antibiotics in preventive medicine.

How do you feel about activists targeting the restaurant industry? Join the conversation in the comments below.

The activists have to continually satiate their appetite for media exposure. They fundraise off of conflict. As a rule of thumb, they can’t take yes for an answer. If they’re going to attack you no matter what, why listen to them or let them get a seat at the table in the first place?

Update, June 18: This column's content has been edited at the discretion of NRN.