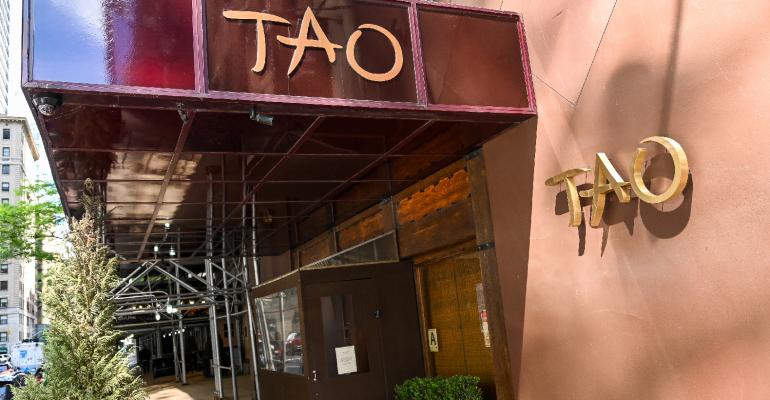 Related: Hakkasan Group may be for sale, report indicates

Las Vegas-based Hakkasan Group had previously been the subject of acquisition rumors, including a report in 2018 that the company was the subject of buyout interest from Spain-based hospitality company Pacha Group and investment firm Certares. Earlier that year, a proposed merger of Hakkasan with Los Angeles-based hotel, restaurant and nightlife venue operator SBE fell through, Hakkasan officials said at the time.

Tao Group said Hakkasan’s executive team will continue to run day-to-day operations for the Hakkasan properties under the direction of the Tao Group, led by Noah Tepperberg and Jason Strauss, co-CEOs of Tao Group Hospitality.

“Hakkasan Group is a strong strategic fit with a venue portfolio that not only expands our U.S. presence, but gives us an important foothold in key global destinations,” Tepperberg said. “Over the last 20 years, Hakkasan Group has built some of the most successful brands in the hospitality industry. This partnership provides a tremendous platform to use our combined scale to create new opportunities that drive value.”

In addition, Tao group said the acquisition will provide benefits of scale in areas such as entertainment, marketing and cross-promotion as well as  procurement, purchasing and corporate sponsorships.

“We are thrilled to join Tao Group Hospitality, a company we’ve long admired for their leadership and innovation in entertainment, dining and hospitality,” said Derek Silberstein, executive vice president of Hakkasan Group. “We look forward to utilizing our collective strengths to continue raising the bar for exceptional guest experiences.”

“In the time leading up to this transaction, we found that each company shared many of the same core values, goals and strategies, both in the past and more importantly for the future,” he said. “We share a mutual love of what we do and relish the experiences we can deliver for our guests.”

MSG Entertainment acquired a 62.5% common equity interest in Tao Group Hospitality in January 2017 and increased its ownership interest to 77.5% in January 2020.

In its recent earning report for the second fiscal quarter, MSG Entertainment reported that its Tao Group Hospitality segment generated revenues of $10.5 million for the three-month period ended Dec. 31, compared with revenues of $69.1 million in the prior-year period, as the company was hit hard by pandemic-related closures and restrictions.

The Tao Group Hospitality segment posted a loss of $11.2 million for the recent quarter, compared with operating income of $7.5 million in the second fiscal quarter of the previous year.

“The entire industry suffered over the last year, and of course our restaurants were no different,” Bonbrest said. “We are happy to be on the other side of the last 14 months and are thrilled to be welcoming more guests back to all of our venues as restrictions lift.”

Strauss said he believes the company can leverage pent-up demand for social and dining experiences.

“Despite the challenges caused by the pandemic, we know there’s a real desire by people around the world to gather once again,” Strauss said