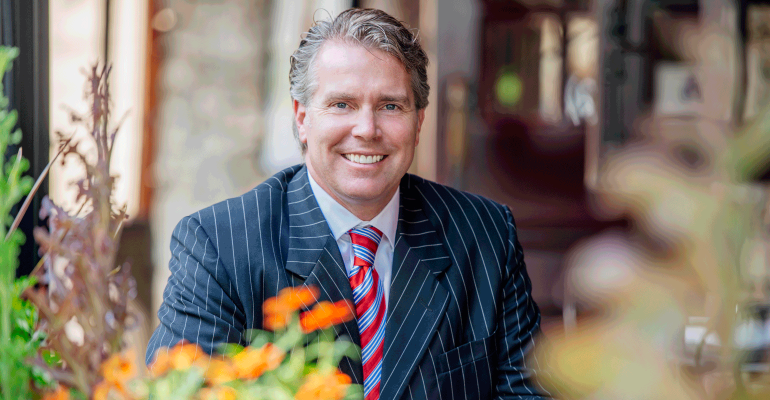 Greenville, S.C., operator works to foster growth in community and of employees

Carl Sobocinski has spent the past 20 years building the Table 301 restaurant group while also working to transform downtown Greenville, S.C., into a thriving commercial district.

A native of southeastern New Hampshire, Sobocinski studied architecture at Clemson University, in South Carolina’s Upcountry. He waited tables and tended bar to earn money, and soon settled in Greenville and began opening restaurants. After walking away from a restaurant he opened with two partners in 1993, he opened Soby’s, a modern Southern restaurant, in 1997.

He also opened a taqueria called Papi’s Tacos, which he’s working to hand over to co-founder Jorge “Papi” Baralles Sr. The exterior of Papi's Tacos

How have you worked with the local government to help develop downtown Greenville?

Early on, I got involved with the Chamber of Commerce, with the visitors center. I met people at City Hall through some of those things and just stayed in touch. One of the big things early on, at that first restaurant that I had, we were trying to build an arena. The developer of the arena, the city officials, the chamber, they would all meet in our restaurant and just by virtue of being there I kind of got invited into the meetings, and I sort of got hooked on being a part of the conversation, and realized that I wanted to be involved in conversations along the way.

So I just kind of kept my finger on the pulse of what was going on, joined committees and boards, and once you prove that you’re a worker and not just sitting there for your name to be on a piece of paper, I got invited to a lot more opportunities for being involved in economic development. Tell me about Papi’s Tacos.

That was borne out of putting one of our associates in business for himself. “Papi” started with us at Soby’s, Day 1. He’s done everything from line cook, prep cook, dishes, the position at Soby’s of making biscuits for a 500-cover night, which is a solo person’s job.

He kept bringing in food on the weekends and feeding us with stuff he made at home. We loved it, and I jokingly kept saying for a couple years, “Me and you, we’re going to do Papi’s tacos.” And, finally, we got serious about it.

We got a little space that we could do that in. We call it a food truck without the wheels, because it’s pretty small and intimate, but it was a good place for him to get started and learn how to run his own business. We’re now looking — his son Jorge Jr. has been with us for 15 years. Passerelle is a French bistro.

He resigned effective the end of June and is going to help us get a freestanding spot for Papi’s Tacos. We’ll continue to operate the small one down on the river, but we want to find them a freestanding spot and really just sign everything over to them and let them go. It’s been a good process, and that’s what I wanted to do: Put their family in business and give them a chance to be on their own, and hopefully make a financial future for themselves.

What kind of business arrangement is there? They must have skin in the game.

To be honest with you, I think they’ve put a lot of skin in the game over the last few years, but they’ll be putting a very nominal amount of money into it to pay for the name, the branding, the marketing materials, and then we will probably retain a percentage — somewhere between 10 and 20 percent — that will continue to be owned by Table 301. And for that, initially, we’ll do payroll and HR and some of the accounting practices for them so they can focus on the operations side.

That’s really nice of you.

It’s a small operation, and I’ve been very fortunate to have all these wonderful people around me to help chase my dreams, and he’s been there for 20 years, and they have a dream of owning their own restaurant, so, I mean at the end of the day, what’s the legacy if you just keep going on and doing this? The inside of Soby's on the Side

I have two daughters who I would love to be in the business if they wanted to, but I’m not going to force them to, so, at the end of the day, if we can create eight concepts, which we’ve done, and I can spin off all the ones that don’t say “Soby’s” on them, and other people can buy into them and have ownership, and one day fully own those, then that’s a good legacy.

We started out with [chef Michael] Kramer at the Italian restaurant: He’s a limited partner — 20 percent. His skin in the game is all sweat equity. But the goal and the intent is each year to spin off another 5 or 10 percent to him. He’ll buy that portion and we’ll eventually turn the restaurant over to him.

Same with the juice bar. Olivia [Esquivel] is the managing partner in that. To form the next generation of entrepreneurs that hopefully will learn from how we’ve gotten involved in things and had a little finger on the growth of Greenville, and they’ll continue to do things the way that we’ve done them, which I think is right.

Times change. I mean, technology and operations change, but mindset doesn’t change — the importance of relationships, the importance of giving back to the community — those things will hold true for generations to come.

Are you going to open more restaurants in Greenville?

Two years ago, I would have told you I wasn’t going to open another restaurant. Right now I have no intention of opening another full-service restaurant in Greenville. We are focusing, as I said, on getting Papi’s into their own location and finding other locations outside of Greenville for Southern Pressed Juicery. That’s smaller in unit size and smaller in cost to open, and it’s a very hot concept right now — the health and wellness and everyone shying away from processed foods and GMOs and all that. So we’re looking at some other markets in the Southeast, as far away as Nashville, [Tenn.,] Birmingham, [Ala.,] Raleigh-Durham, N.C.] The interior of Papi's Tacos

I’ve been told that if you want to keep good staff, you have to give them room for advancement. If you’re not opening new restaurants, how do you keep your staff?

The nice thing about having eight different concepts is there are constantly people coming and going, so we can give people new challenges by moving them from one restaurant to another. It’s true, though, that once they get to the executive chef or general manager level, there’s not a whole lot more opportunity unless we start something new, or we start turning them over to become a partner.

So what I’ve done is put the word out that if people do want to own their own restaurant, then let’s make an appointment and come and have a conversation about it, because I’m ready to continue to feed that next generation of entrepreneurs.

Papi’s, Southern Pressed and Jianna already have partners, but we have three concepts [Passerelle, Lazy Goat and Nosedive] that are doing great, that have great locations and great leases, and if someone wants a piece of those, let’s talk and we’ll move you up that way.