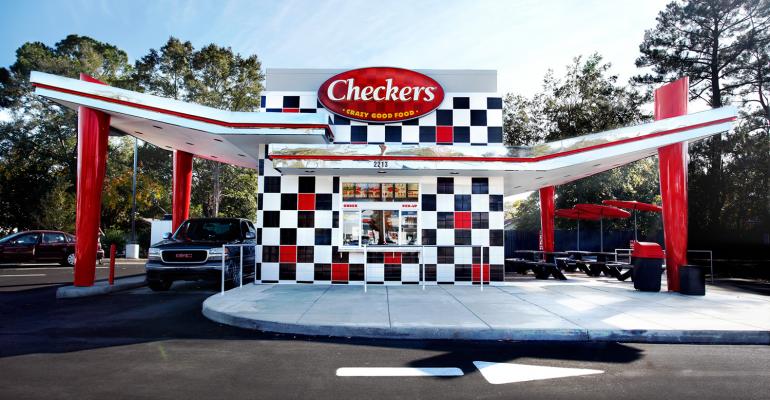 Checkers & Rally’s, said that concept’s focus on drive-thru service bodes well for the current environment and for the post-COVID-19 future.
Operations

Restaurant unit growth put on back burner, but some see post-COVID-19 real estate opportunity ahead

A ‘tenant’s market’ is coming — for restaurant operators that survive

The outlook for post-COVID-19 restaurant expansion remains cloudy, but a slowdown in new-unit development is inevitable, according to operators and observers.

Some operators that were well-financed before the pandemic and have business models that support off-premise dining could be poised for growth — although even those concepts will likely face delays in permitting and construction.

Restaurant companies that shut significant portions of their operations down during the crisis will be focused in the near term on the massive effort that will be involved in reopening, including rehiring and retraining staff, implementing new safety precautions and monitoring an evolving landscape of regulations and recommended practices.

In addition, many restaurant operators have furloughed corporate staff, including in some cases the real estate and construction personnel who would be involved in new-unit development, said David Orkin, executive vice president and leader of the restaurant practice at commercial real estate firm CBRE.

Operators seeking to expand will also face challenges working with landlords who are dealing with complex issues of their own, Orkin said. For example, anchor tenants such as movie theaters or department stores may pull out of some developments, and financing for some new projects could disappear.

“There's a lot of different things that go into that ballet to have a restaurant open, and they've all been really shut down right now,” said Orkin.

As many existing restaurants are likely never to reopen, some in the industry foresee more favorable terms extended by landlords eager to fill vacant properties.

“I think you're going to see the market turn into a tenant's market rather than a landlord’s market,” said Ira Spilky, a restaurant real estate services specialist focusing on small chains and second-generation restaurant locations. “We haven't seen that for a while, but … landlords are really a little bit on edge right now. They know that they're going to have to give in order to get.”

That will likely translate into more substantial improvement allowances for restaurant tenants and other terms that are favorable to operators seeking to build, he said.

“It's really going to be an opportunity for expansion, for the companies that have the capital,” Spilky said.

Chuck Wells, senior vice president in the Phoenix office of real estate firm Kidder Mathews, agrees that many restaurant locations will close, creating opportunities for others.

“We predict upwards of 30% of our local operators will fail immediately or eventually in the full-service arena,” he said. “However, for those that have the ability to grow, some great locations will come available.”

Some operators say they are well-positioned for expansion in the post-COVID-19 environment.

“As we come out of this crisis, there will be increased development opportunity for brands that know how to leverage smaller footprint locations, embrace unique site attributes and have the financial leverage to slide into vacant prime sites,” said Michael Goldberg, CEO of San Jose, Calif.-based Ike’s Love & Sandwiches. “We are looking at the future opportunities with fresh eyes and exploring new business channels for us, like drive-thrus and standalone sites.”

The chain opened four units in the first quarter of 2020, and has plans to “ramp up growth” by the fourth quarter of this year, he said.

Ursula Lane, director of franchise recruitment at Checkers & Rally’s, said that concept’s focus on drive-thru service bodes well for the current environment and for the post-COVID-19 future. The Tampa, Fla.-based company had already been refining its concept to speed its drive-thru and increase kitchen efficiencies before the crisis, she said.

“I think that our little closed-kitchen, drive-thru concept is built for the ‘new normal,’” said Lane.

Yet even with a concept that appears ideally suited for the new environment, Checkers & Rally’s is scaling back its new-unit development plans by 10-15%, she said.

“It’s a matter of when we can get site permits from municipalities,” Lane explained. “We are still anticipating a very strong year of growth, and we are targeting a strong year of franchisee recruitment growth as well. We are keeping that pipeline going.” 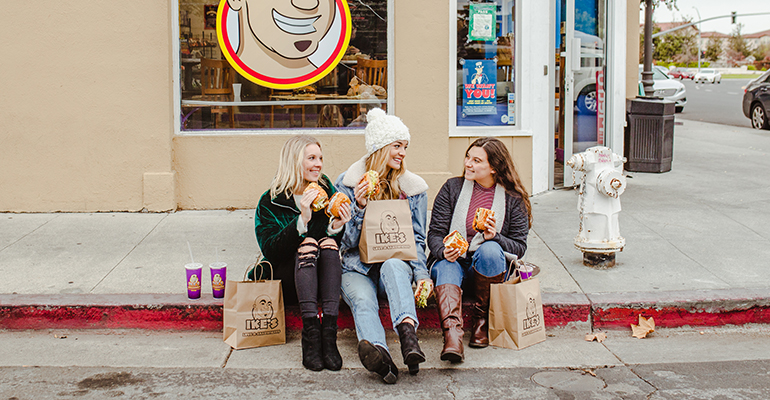 “As we come out of this crisis, there will be increased development opportunity for brands that know how to leverage smaller footprint locations, embrace unique site attributes and have the financial leverage to slide into vacant prime sites,” said Michael Goldberg, CEO of Ike’s Love & Sandwiches.

The company recently hosted its first virtual franchise candidate day in April, and was planning another for May. Lane said the struggles that many restaurant concepts are experiencing could drive some veteran restaurant operators to explore franchising opportunities such as those offered by Checker & Rally’s.

Newport Beach, Calif.-based Chipotle Mexican Grill, meanwhile, said it is ramping up expansion of its Chipotlanes concept, which allows customers to order ahead on the app and pick up their orders in a drive-thru lane.

“I do think for this year, you'll see the percentage of Chipotlanes inch up, and then for next year, I think you'll see a stair step,” said Jack Hartung, chief financial officer, in a recent conference call with investors. 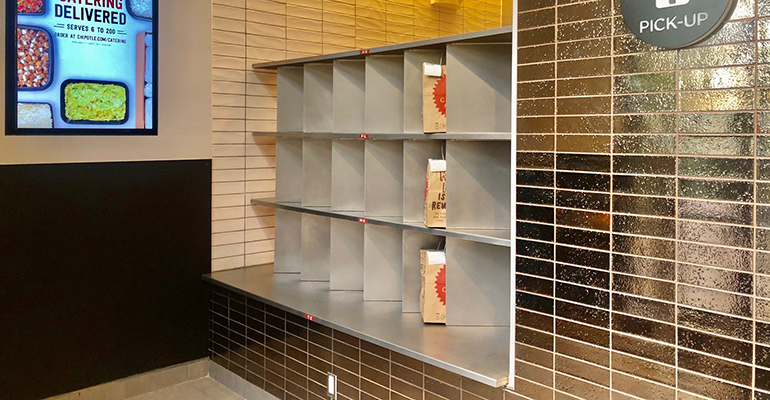 Pick up orders at Chipotle inside can be accessed via lockers while Chipotlanes operate at the drive thru.

But many full-service restaurants are taking a more measured approach to new-store development. Glendale, Calif.-based Dine Brands Global Inc., parent of the Applebee’s and IHOP chains, said in a recent earnings call that there were still too many variables to forecast future growth.

Orkin of CBRE said the weakened economy is another factor that may impact operators’ expansion plans. Even though there may be pent-up demand for restaurant dining, millions of consumers will likely be cutting back on spending amid the sharp downturn in employment.

“There are going to be some headwinds that the industry is going to have to deal with, and it's going to be for more than a couple of months,” he said.

However, Orkin said the pandemic will reshape the industry in unforeseen ways as new operators emerge to replace those that fail to survive.

As operators continue to focus on off-premise dining, “that muscle’s going to get better,” Orkin said, and third-party delivery systems will also improve.

“There's going to be a lot of innovation,” he said. “People may build smaller kitchens with less equipment, and that need fewer people to create the food. They may build smaller dining rooms, if off-premise sales continue to increase.”

A key question at this stage, however, is whether or not operators will be willing to invest in solutions that may provide only a temporary fix. What if a year from now, consumers are flocking back into restaurants, and delivery becomes an afterthought?

“How much money are you going to spend for a 12- to 18-month solution, before things [potentially] get back to normal?” Orkin asked.