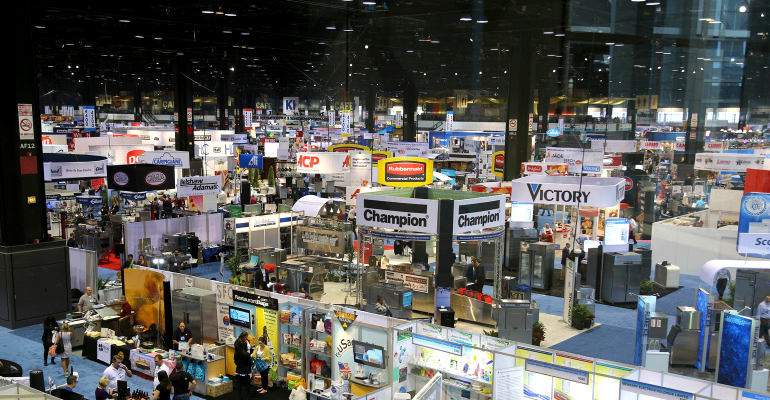 Restaurant show gets underway in Chicago

The National Restaurant Association Restaurant, Hotel-Motel Show gets underway on Saturday in Chicago. This year, organizers expect more than 67,000 attendees from more than 100 countries and more than 2,300 exhibitors to participate.

The annual four-day show, which is expected to cover 680,000 square feet at the McCormick Place convention center, will run through Tuesday. In lieu of the traditional convention keynote address, Dawn Sweeney, NRA president and CEO, will lead a discussion at 2 p.m. CT Sunday with Dan Park, who heads the commercial business vertical for online giant Amazon, and Jason Dorsey, an expert on Gen Z and Millennial customers.

“We are excited for Dan Park and Jason Dorsey to share their knowledge with Dawn Sweeney,” said Atour Eyvazian, NRA convention chair and owner of 122 Jack in the Box and El Pollo Loco restaurants, in a statement. “Attendees will leave with bold ideas, key insights and real actions that they can take to their own businesses to benefit them and their customers.”

The NRA said the conversation is aimed at stretching attendees’ thinking about the restaurant business and customer needs.

Sweeney and Dorsey, co-founder and chief strategy officer for The Center for Generational Kinetics, will focus their conversation on how to reach, connect with and engage the Gen Z and Millennial customers. NRA Show educational sessions, which in the past have been hosted in meeting rooms, will move this year to three stages on the exhibit floor, the organization said.

Specialty exhibit areas and pavilions have been designated on the show floor, including those devoted to Italian products, as well as specific dietary needs like allergy sensitivities, and vegetarian and vegan diets.

In addition, the show also includes BAR ’17, a beverage-alcohol event focused on the restaurant and hospitality industries. It runs Sunday and Monday. Jon Taffer, host of Spike TV’s “Bar Rescue,” will be a featured speaker.