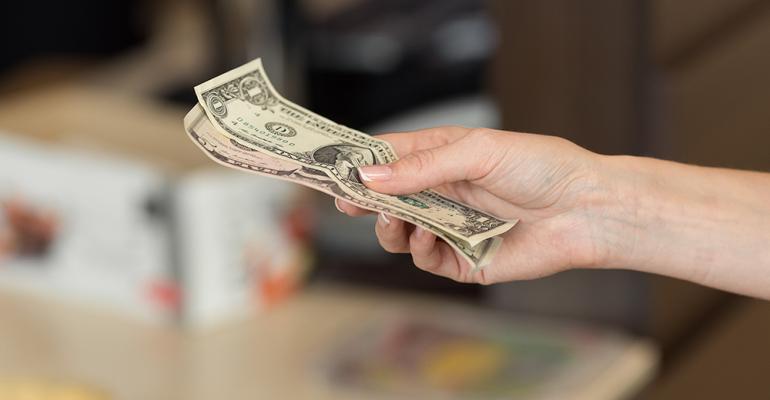 Legislation aims to protect the “underbanked” from discrimination

Philadelphia has become the largest city to prohibit businesses from refusing to take cash as a form of payment, a movement that appears to be gaining steam.

Mayor Jim Kenney late last month signed an amendment to the city’s Fair Practices Ordinance, adding a section that said retailers must accept cash for the purchase of goods or services. Retailers may not post signs saying cash is not accepted, and they may not charge a higher price to customers who pay cash.

Massachusetts is the only state with legislation protecting cash as a form of payment. Similar bills are under consideration in New York City, Chicago and Washington, D.C. And a statewide bill has passed in New Jersey but awaits the governor’s signature.

The move is a counter to the growing trend of cashless retailers, including restaurants, which have long argued that digital forms of payment are more efficient and more sanitary. Going cashless also eliminates the safety and theft risks associated with having large amounts of cash on site, they contend.

Other chains, including Sweetgreen, Dos Toros, Tender Greens and Wow Bao have gone cashless. The ballpark Tropicana Field in Tampa is scheduled to go cash-free this year. And a growing number of food halls, including the expanding Time Out Markets, are also being founded as cashless operations.

Cash advocates, however, contend the move discriminates against people who don’t have credit or debit cards, particularly lower-income or immigrant guests, sometimes referred to as the “underbanked.”

Philadelphia council member William Greenlee, who introduced the bill, told CBS News, “If it’s not discrimination, it’s elitism. I think the government does have a place to protect people from not being treated fairly.”