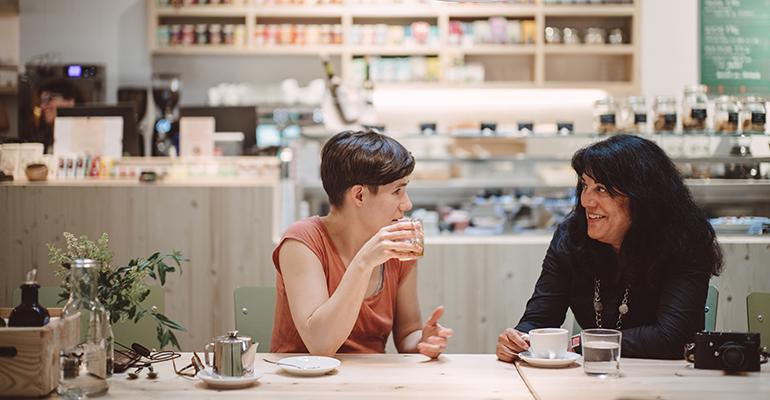 KT images / The Image Bank
Restaurants have a long haul ahead of them, but operators could eventually come out of it stronger.
Operations

Restaurants have a long haul ahead of them before they make up what has been lost during the coronavirus pandemic, but operators are going to take what they have learned during the crisis and could eventually come out of it stronger, according to industry experts speaking at ICR Conference 2021 on Monday.

Hudson Riehle, senior vice president of the National Restaurant Association’s Research and Knowledge Group, told virtual attendees of a panel titled “Restaurants Post-COVID” — moderated by Sarah Lockyer, group director of Informa Connects’ Restaurant & Food Group, which includes Nation’s Restaurant News and Restaurant Hospitality — that industry-wide sales in 2020 are now projected at $659 billion, down by 27% from the $899 billion anticipated at the beginning of last year.

Sales plummeted in March and April amid a nationwide lockdown, and started to rebound in June and through the summer, but they started falling again in November as COVID-19 cases rose, restrictions were reimposed in many jurisdictions and outdoor dining became less attractive as the weather cooled.

Restaurants also lost market share to the grocery segment. In 2019, 51% of Americans’ food dollars went to restaurants. This year it was as low as the high 30s in the 2nd and 3rd quarters before rebounding to 46%.

Full-service restaurants, particularly high-end restaurants frequented by tourists, have been hit the hardest by the pandemic, Riehle said.

But now there is pent-up demand, with 67% of consumer surveyed by the NRA now saying they would like to eat in restaurants more than they do — up from 45% before the pandemic.

Meanwhile, operators have streamlined their menus, added outdoor seating, started offering alcohol to go and improved packaging for delivery, which makes them well-poised for recovery.

Riehle said he expected economic recovery in the second half of 2021, “but certainly no rebound to pre-COVID levels” due to a reduction in average income.

He added that recovery would be driven by government stimulus packages. He said the $900 billion package that was recently passed “is basically a down payment to additional stimulus” that is needed to get the economy in general and the restaurant industry in particular — which is directly impacted by consumer income — to pre-pandemic levels.

Peter Saleh, managing director and restaurant analyst of financial services firm BTIG, agreed that there had been a double dip in restaurant sales — a crash in March followed by a downturn in mid-November — both of which were mitigated a bit by stimulus checks sent to consumers. He said recovery would be uneven, just as the downturn was, with the West Coast and Northeast feeling the most pain for the longest period of time, but he said that those regions were also likely to recover more quickly, due in part to increased pent-up demand, than economies that weren’t hit as hard, such as those in Texas and Florida. Year-over-year comparisons would also look better in those regions because they were so hard hit last spring.

But he added that restaurants were poised to be more efficient, having “optimized” their menus, which is to say shrunk and streamlined them, which allowed for faster throughput with less labor.

As an example, he pointed to Darden Restaurants, parent company of Olive Garden and other full-service chains, which has said it could return to 100% pre-pandemic levels of profitability with just 90% of sales because the restaurants are more efficient, particularly when it comes to labor costs.

Riehle suggested looking at 2021 as a “year of transition.” He said there wouldn’t be a “critical mass” of vaccinated people until the summer, and even then, consumers overall would have lower incomes, which would have a direct impact on the restaurant industry.

“No way can sales rebound to pre-pandemic levels this year,” he said.

Saleh said that the weather would play a big part in recovery, especially as outdoor seating continues to be a factor. He added that the pace of vaccinations was going to be different in each state.

In terms of year-over-year growth, he said we’d see good numbers in April, for the simple reason that last April was “so horrendous.”

Riehle and Saleh agreed that delivery, which had accelerated in 2020, is here to say, although the high delivery fees, which didn’t seem to be much of a determining factor for consumers in 2020, might start to take their toll.

However, that price sensitivity might be mitigated somewhat by the fact that grocery prices are rising faster than restaurant prices, and are at their highest growth rate since 2011.

Delivery-only “ghost kitchens” are another trend that started before the pandemic and has since accelerated. Saleh said these smaller spaces are a good option for operators who are hesitant to sign 10-year leases during this period of uncertainty, but he warned that as demand for them has skyrocketed, so have their prices.

Riehle said that technology that allows ghost kitchens to act as virtual food halls, delivering many types of food in a single order, made them attractive to consumers, too. He warned that they’re “not a panacea” but they are a new option for operators.

Other menu innovations such as meal kits and groceries were likely to stay, the panelists agreed, as would retail sales of signature items such as salad dressings and sauces.

As long as we face a pandemic and economic doldrums, comfort food would be the major food trend, Riehle added.

“Obviously that will change as the pandemic  unravels, but at the moment that’s front-and-center.”