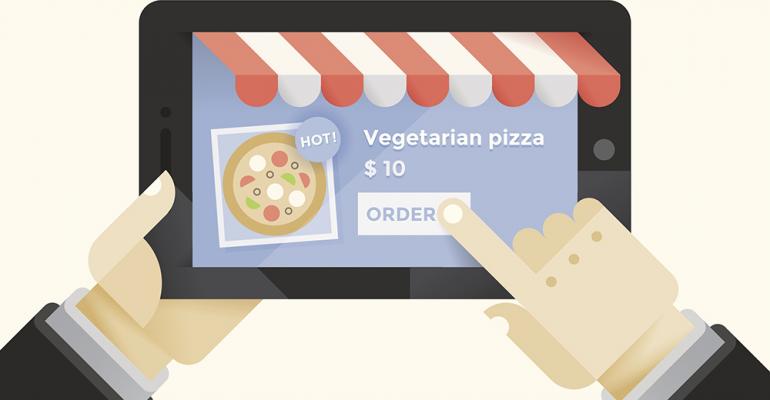 Opinion: Get involved in policy debates — or get left behind

When it comes to public policy, every industry has to strike some balance between managing the issue threats and opportunities directly in front of it with keeping an eye on the future and fortifying the industry for its long-term health and wellbeing.  The financial industry is as concerned with interchange and debit card fees today as they are with Bitcoin and cryptocurrencies of the future. The pharmaceutical industry is working just as hard on FDA regulations today as the handling of patents under long-term trade deals. Retailers are balancing the needs of current brick and mortar stores with an economy that is heading increasingly online. It’s a delicate balance to manage both those current and future challenges at the same time.

Unfortunately, in this regard, the restaurant industry traditionally has been woefully out of balance. We seem only capable of focusing on what is directly in front of us rather than what is coming around the corner. In fact, we are much more willing to fight the issues of the past than emerging ones. At our core, we are firefighters not fire preventers.

That is not a sustainable strategy.

But time is running out on that luxury. The very model of delivering goods to consumers is changing under our feet and the industry seems to be either largely unaware, largely unconcerned or reconciled to the fact that there is little we can do about it. We seem to be the only consumer-facing industry taking that approach.

Disruption is hitting every industry. While the impacts to the restaurant industry have not been as dramatic as some other industries, such as retail, rapid change has been occurring and we can expect the pace of change to accelerate. Unfortunately, the regulatory regime in place today was designed for the restaurant industry of yesteryear. As new entrants compete for market share, small nuances in the public policy arena can provide enormous competitive advantages. Public policy conversations and decisions are occurring everyday on a wide variety of issues that will define restaurant competitiveness for the future and unfortunately, our industry is absent from that discussion.

Here are a couple of examples: As delivery becomes more popular with consumers, the distinctions between restaurants, grocery stores, c-stores, food trucks, food halls or commissaries begin to disappear. Depending on the jurisdiction, these different models may be taxed or regulated differently. For instance, meal kits delivered to homes may be treated as a grocery item and not subject to a meals tax applied to a delivery from a restaurant. Even if they were both subject to a tax, they could come from an adjacent municipality where the tax isn’t in effect or is handled differently. What if platforms like GrubHub or UberEats decide at some point to push one partner over another with a slight tweak of their algorithm? It’s not hard to imagine Amazon using its platform to promote Whole Foods delivery. Is that appropriate or should the platform be neutral? Should the private market sort it out, or is government intervention necessary?

On another issue, some states and localities have already established regulatory frameworks around delivery technology such as sidewalk robots, autonomous vehicles, drones and other emerging delivery mechanisms. Restaurants are potentially huge beneficiaries in these conversations, but in almost all these instances, we are MIA. Regarding alcohol, there is a wide-ranging movement to expand access to alcohol through Sunday sales, delivery, brew pubs, distillery tasting rooms and other efforts to modernize the three-tiered system. All of which could impact on-premise sales at restaurants, a huge profit center for a lot of operators. Again, we are largely MIA from those dialogues.

One of the complexities in terms of issue management is that these policy debates do not necessarily follow the traditional partisan divide that we see on entry-level labor issues. Republican-dominated Indiana is considering overly prescriptive state-level safety regulations for the autonomous vehicle industry, for instance. Governor Paul LePage (R-Maine) is a strong advocate for the “food sovereignty” movement, allowing municipalities to exempt some food retailers from the inspection processes. Blue city mayors in New York City and San Francisco have advocated for outright bans on electric bicycles and sidewalk robots, respectively.

Ultimately, whatever legislation passes in these state and local jurisdictions will become models for other policymaking bodies across the country. It is important from both a regional and national perspective that industry leaders ensure these policies focus on fostering innovation and competition, while working to safeguard a level playing field for established and emerging business models. As we’ve witnessed in other industries, early public policy solutions reacting to disruption often gain momentum and spread nationally. In far too many instances, these trends spread to the detriment of traditional actors still confined by old-economy regulations.

The first step in creating a strategy around this issue area is acknowledging it’s happening. If we wait for these issues to bubble up on the D.C. cocktail circuit before we finally engage, then the game is over. The ongoing conversations at the federal, state and local level regarding emerging technologies offer both benefits and challenges to the restaurant business model. Traditional actors, and our trade association partners, must participate in this dialogue to ensure a level playing field exists and their business models remain competitive.

We need to get in the game.