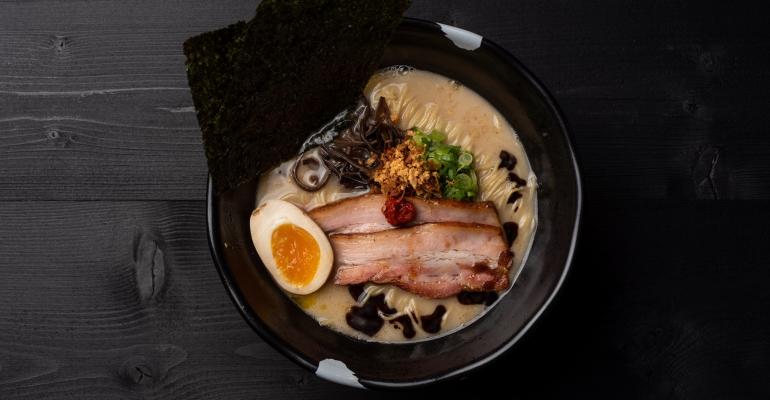 JINYA Holdings Inc. has expanded nationally and internationally, including the launch of its new LBD Japanese Bar & Lounge in Honolulu

JINYA Holdings Inc. — the holding company behind Los Angeles-based and Tokyo-founded JINYA Ramen Bar — is in the middle of a massive national and international expansion. Currently with 49 restaurants in its portfolio and 15 more opening by the end of 2022, JINYA wants to expand its reach and versatility.

The latest concept joining the restaurant group is LBD Japanese Bar & Lounge, which is opening its first location in Honolulu, Hawaii on Aug. 10. The lounge will have a more upscale, bar program-focused feel than other JINYA concepts and will serve izakaya and drinks in a relaxed setting.

Related: Flavor of the Week: Ramen

Eventually, JINYA will want to scale the LBD concept and open LBD Japanese Bar & Lounge locations in Hollywood, New York City, and other major urban centers around the country.

But LBD is not the only restaurant JINYA is working on. The team is also bringing two new concepts to life: One concept will feature handrolls and yakitori skewers on the menu, and will be coming to Houston in spring 2023, and the other concept will be Shirodane, a Japanese bakery coming to Hollywood and Hawaii in the second half of 2023. By mid-2023, TK hopes to have 25 more restaurants open, more than 1.5 times the restaurant group’s current portfolio size.

But how have they been able to scale so quickly? For starters, in recent years, Takahashi  has had to make plans to simplify operations so that they can scale more easily, especially with the group’s flagship concept, JINYA Ramen Bar.

“To be able to simplify operations we focused on ramen so that the number of menu items could be reduced,” Takahashi said, through a translator. “From the first location I opened, I began thinking of opening more restaurants and to make them scalable I needed to make the menu anyone can make and set them up with vendors to create consistency.”