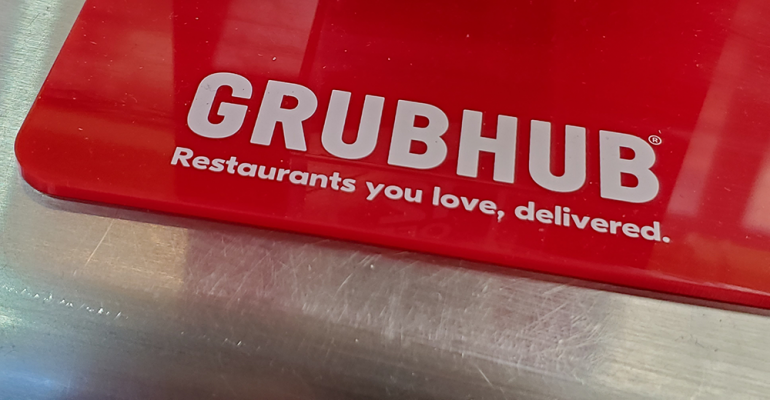 The New York City Council is escalating its efforts to put pressure on third-party delivery services to be more small business-friendly with a letter, signed by 30 council members on Wednesday, Oct. 30, demanding refunds for alleged erroneous phone order fees charged to restaurants. The letter was written in response to a class-action lawsuit filed by a restaurant operator who claimed that he was charged by Grubhub for phone calls made through the app that did not result in orders.

The letter was penned four months after a June hearing hosted by the New York City Council addressing concerns that third party delivery company fees, ranging from 10% to 30%, are determinantal to independent restaurant business’ bottom lines.

Prior to the June hearing, restaurants were allowed to view and contest fees during a 60-day refund period. Following the hearing, Grubhub agreed to double that timeframe to 120 days.

But in the City Council’s letter, council members claim that merely adjusting the refund time period is not enough:

Related: Grubhub Perks 'is a race to the bottom,' delivery expert says

“While we acknowledge Grubhub extended the refund-eligible review period from 60 to 120 days, it is insufficient,” the Oct. 30 letter read. “Your refund-eligible review period should be extended to cover the entirety of the agreement. Secondly, we are calling upon your company to hire a third-party evaluator to review the legitimacy of each phone call charge. A refund must be issued for any phone call fees that did not yield a sale.”

In addition to financial strain, the City Council — led by the council’s small business committee chairperson Mark Gjonaj (District 13, The Bronx), also expressed that it should not be the restaurant’s responsibility to check up on the accuracy of Grubhub’s business practices:

“The chair, in particular, doesn’t believe that it is reasonable to expect restaurants – especially small businesses with limited staff – to dedicate resources and time to review and listen to old calls just to remove charges that should not have happened in the first place,” chairperson Mark Gjonaj’s chief of staff Reginald Johnson said. “The onus is on Grubhub to have an accurate way to assess when a call resulted in an actual food order.”

Following the extension of the refund timeline for restaurant order fees and charges, Grubhub said that it is still committed to working with the New York City Council to find a solution.

“Our company was founded to help connect hungry New Yorkers with local restaurants. We are happy to have an open, working dialogue with the New York City Council about how to better accomplish that goal – including improving our phone order process – as we provide both diners and restaurants with great service,” Grubhub said in a statement.

The erroneous phone call charges come from alleged errors in Grubhub’s algorithm that is used to determine whether or not deliveries were placed through the Grubhub-provided phone number. The algorithm looks at several factors to determine if a phone order was placed, including whether or not a restaurant was closed, whether the restaurant picked up the call, or if the phone call was placed by a diner phone calls placed to a restaurant that is closed, unanswered calls, phone calls placed by a diner who had placed an order within the previous six hours.

But according to local businesses, these factors have not been foolproof:

“The algorithm does its best,” a representative for Grubhub said. “We think the way we lay out the charges is very clear. One of the reasons why [we now give] 120 days is because it gives enough time for restaurants to go through and look at these charges.”

When asked what percentage of the time the algorithm gets it right, Grubhub said that they don’t have any information to share on that.

“We only charge for about a third of the calls that are registered,” the Grubhub representative clarified.

This news comes on the heels of disappointing third quarter results which revealed order growth slowdown and loss of market share to DoorDash.