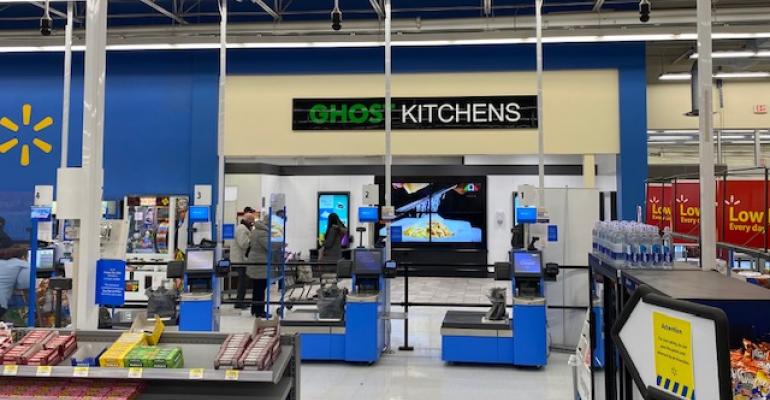 Ghost Kitchen Brands is rolling out its hybrid virtual brand/ghost kitchen concept in dozens of Walmart stores in the U.S. and Canada.

The new service will allow shoppers in those locations to select items from the menus of about 15 national and regional restaurant and CPG food concepts, including Quiznos, Saladworks and others, combined in a single order. The on-site kitchens, meanwhile, will also serve as delivery hubs for those brands via third-party delivery services such as Uber Eats.

“In a lot of ways, we are like a virtual food court,” said Marc Choy, president of Toronto-based Ghost Kitchen Brands, in an interview with Nation’s Restaurant News.

Choy, who spent 15 years as an executive at Quiznos before joining Ghost Kitchen brands, said a key difference between Ghost Kitchen Brands and other ghost kitchen operators, such as Kitchen United and Cloud Kitchens, is that Ghost Kitchen Brands operates all of the restaurant concepts in its locations itself, rather than leasing space to other operators. 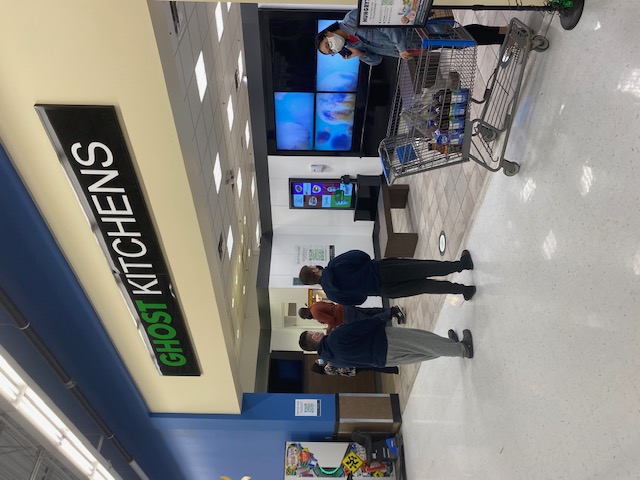 Customers can order from the menus of about 15 brands via Ghost Kitchens' touchscreen kiosks.

The company has licensing or distribution agreements with each of its restaurant partners, and uses the same ingredients, training, marketing and operational support as the brick-and-mortar locations of those brands.

“We want the customer to have the same experience with us that they would have with any of these brands’ brick-and-mortar stores,” said Choy.

The Ghost Kitchens concept has been installed in two Walmart stores in Ontario, and three more are scheduled to come online in April, including two in Quebec, along with six Walmart installations in New York state. Another 33 are under construction, and as many as 50 additional locations could roll out across Canada and the U.S. this year, Choy said. The company also operates 20 stand-alone outposts not affiliated with Walmart stores.

“We believe in Ghost Kitchens' strategy and vision, and we’re very excited to be the first retailer to team up with Ghost Kitchens,” said Sam Hamam, senior director of licensees at Walmart Canada, in a statement. “We’re always looking at ways to improve our customer shopping experience with greater access to affordable products, services and brands.”

West Conshohocken, Pa.-based Saladworks said this week it planned to open in 90 Ghost Kitchens locations by the end of this year, including 60 in the U.S. and 30 in Canada. Saladworks, which is part of the newly formed WOWorks family of brands, said its sister brands Garbanzo Mediterranean Fresh and Frutta Bowls have also begun testing in Ghost Kitchen locations. 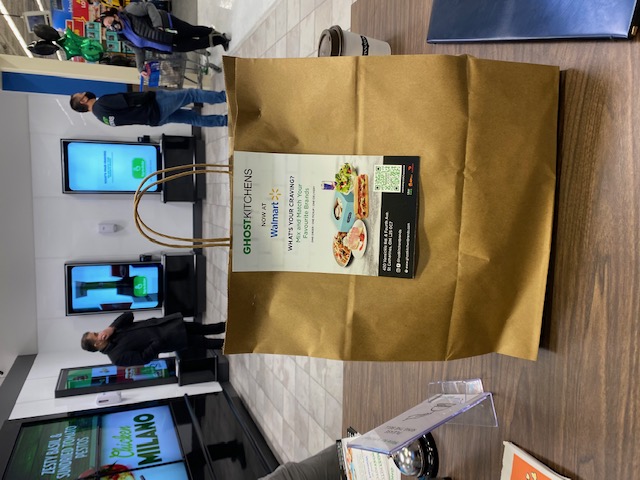 Items from multiple brands can be combined into single orders at Ghost Kitchens.

Each Ghost Kitchens offers slimmed-down menus from the restaurant concepts to make operations more efficient. Ghost Kitchens' Quiznos menu includes only the top 15 sandwiches, for example, rather than the two dozen or so in a traditional Quiznos. Similarly, Ghost Kitchens' Saladworks offer only salads, and do not offer that chain’s sandwiches or paninis, Choy explained.

The Walmart Ghost Kitchens operate with minimal person-to-person interaction — customers order via an array of four, 55-inch touchscreen kiosks, then receive a receipt via text, and another text when their order is ready. This allows the restaurants to operate efficiently with a staff of only two or three employees per location, and provides a convenience to consumers, who have the ability to not only combine orders from multiple brands on one ticket, but also to continue shopping while their order is being prepared. Customers can also download the menu via QR codes located alongside the kiosks for a contactless ordering experience.

Ghost Kitchen Brands started a little over a year ago as a delivery-only concept with the goal of allowing customers to combine items from multiple restaurant brands in a single order. The response was positive, Choy said, and led the company to consider expanding to customer-facing venues with heavy foot traffic such as Walmart or other big-box retail stores.

It is also considering expanding its operating model to commercial foodservice venues, including airports and other travel centers, hospitals, colleges and universities, and has been in discussions with a military base as well, Choy said. 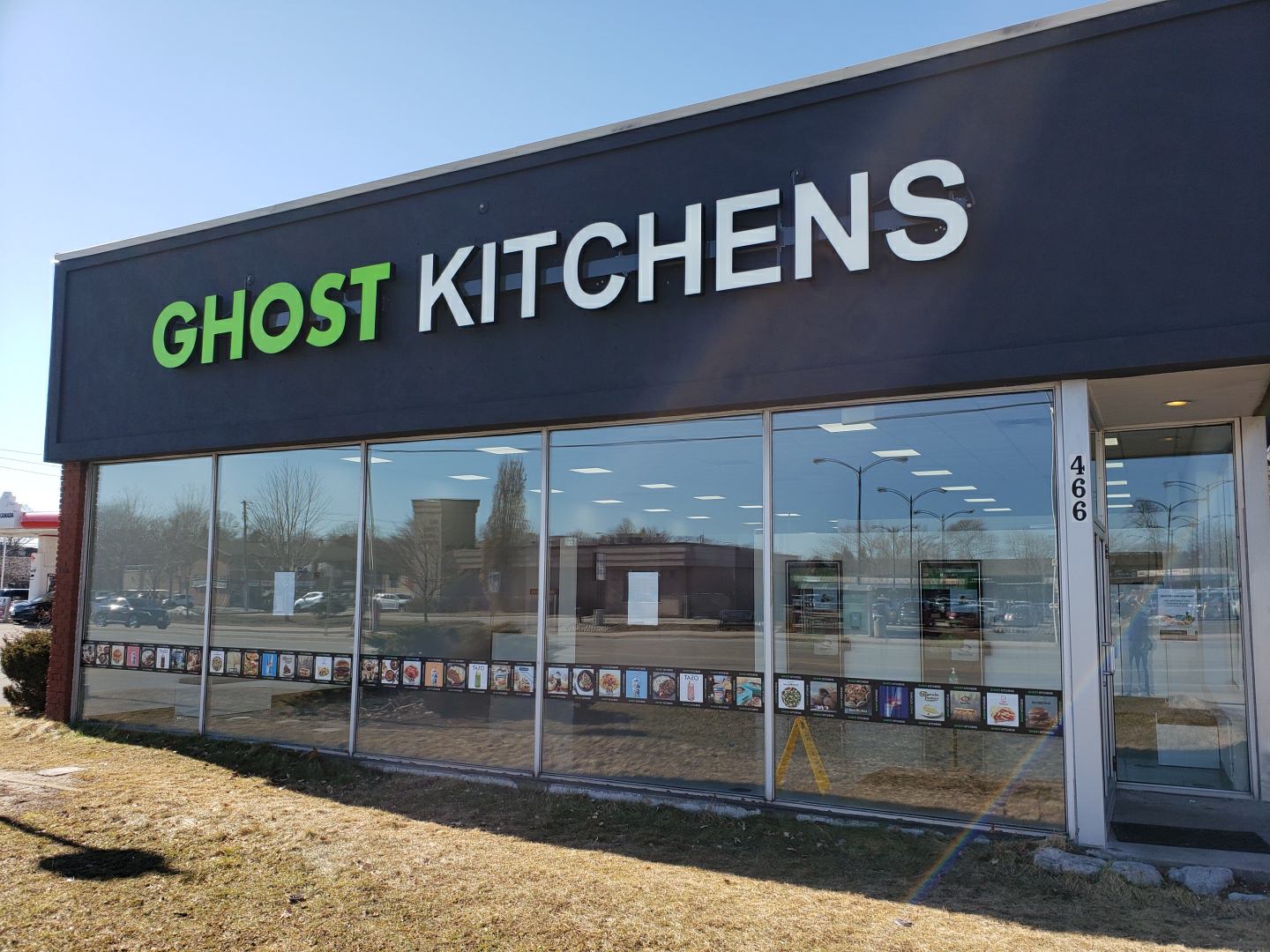 In additional to its Walmart locations, Ghost Kitchen Brands operates 20 stand-alone locations offering third-party delivery from its portfolio of restaurants.

He said the company would ideally like to have a portfolio of 30-40 restaurant brands to select from, with 15-20 available at each location. Currently all of the company’s brands are available at every Ghost Kitchens location.

“As we grow, there will be a realization that some brands will work better than others in some markets,” said Choy.