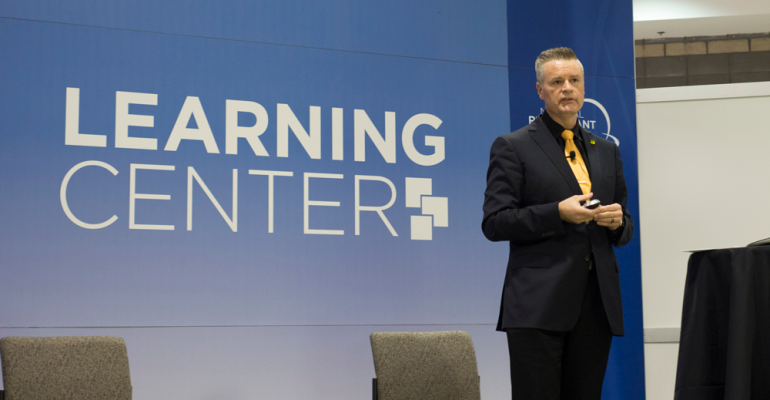 In April, Bloomberg reported Subway plans to close 500 domestic units. However, a Subway spokesperson told Nation’s Restaurant News that 500 closures are only a “projection,” as the shuttering of units is up to the company’s independent operators. Still, the chain has over 40,000 locations worldwide and, said Walker, has learned a thing or two about opening new locations in the company’s 50-plus years in business.

Walker boiled down many of Subways location tips to the acronym P.A.V.E., which stands for People, Accessibility, Visibility and Energy.

But before starting a location search, an operator needs to decide what their development goal is.

“I remember when I first started out and I was working at smaller restaurant companies, my development goal was open as many restaurants as I can,” Walker said. Not the ideal plan. Instead, a development goal should focus on “where you want to be 10 years down the road.”

Whatever the development goal is, people will be your customer. Walker advised operators to “identify the customer base, the guest base in that individual market. So, if you've got a brand that appeals to Millennials, you probably want to be in an area that has a lot of Millennials.”

Something as simple as a pedestrian and vehicular traffic count can tell you a lot. And don’t discount the traffic flow. Is traffic heading away or to the location?

While operators are considering traffic flow, they’ll want to look at the accessibility of the location, the “A” in P.A.V.E.

“Just because you've got a hundred thousand cars going past your restaurant, if they're not able to get in with that hard left or that easy right, they're going to continue on down the road, probably to one of your competitors,” he said.

“One of the tactics that has worked really well for us at Subway over the years is really driving to the proposed location from every possible direction and video [taping],” he said. “Because in some cases, you get back to your home or your office, you play those videos on a television set and you see things that you may have missed just driving.”

And when you’re driving by the location, make sure you can see it. Visibility is the “V” in P.A.V.E.

“It seems pretty intuitive that we should be visible,” Walker said. Here’s a place that operators can exert some control.

If the permanent signage isn’t what you’d hoped for at a location, think banners, flags, pennant signs and reader boards.

“I'm going to guess there's only about a thousand sign vendors somewhere in this room here that would be more than happy to sell you banner and pennant signs,” he said.

Finally, the “E” in P.A.V.E. stands for energy. It’s a bit less specific than the other key elements of choosing a location, but just as important.

“That's that vibe around your chosen daypart,” Walker said.

And the vibe of the surrounding tenants and building is important, too. Look for “a mix of good compatible tenants,” Walker said. “It doesn't necessarily have to be compatible restaurant tenants. It could be tenants that really cater to that same type of clientele.”

New brands in particular need to think about the image of the whole building or complex. After all, brands are selling image and experience, as well as food.

“Being in an old, rundown building where your adjacent tenants have sun-worn awnings and rust spots and leaks in the roof isn't going to do a lot for your brand,” he said.

Update May 22, 2018: This story has been updated to clarify information about planned closures of Subway locations.