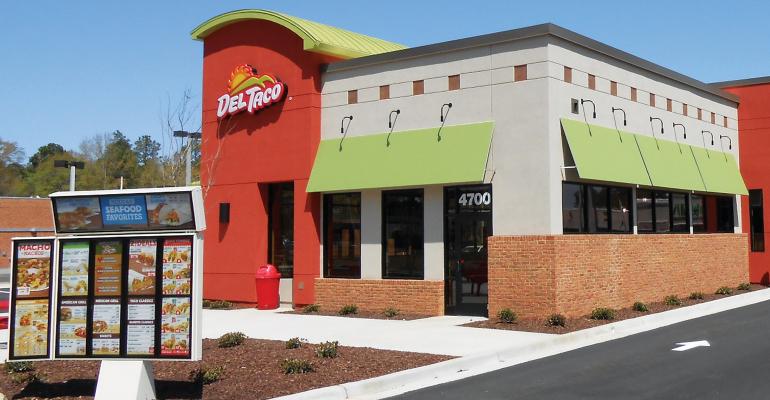 Del Taco plans to introduce more premium menu items outside its value menu, expand its test of delivery, and roll out an enhanced Del Taco app by the end of the year.

Del Taco plans to increase transactions, which fell 0.4 percent during the quarter, by introducing new products ranging in price from $1 to $3.

“We believe mid-tier products can effectively drive trade-up from the Buck & Under menu without slowing traffic,” Cappasola told investors during a conference call.

Customers can expect the return of carnitas as a limited-time offer during the second quarter, as well as a new mid-priced nachos item.

Del Taco also announced plans to launch a new app by the end of the year and to increase test locations for delivery through Grubhub.

To drive customers to the app at launch, Cappasola said Del Taco plans to focus on driving foot traffic through promotional offers.

“Over time, our platform can scale to a loyalty program that we view as a powerful marketing tool in both new and mature markets,” he said.

While rival limited-service chains such as Irvine, Calif.-based Taco Bell and Denver-based Chipotle Mexican Grill have been in the delivery game for a long time, Del Taco has been slow to adopt the off-premise strategy.

To date, Del Taco has about 50 restaurants testing delivery, Cappasola said, adding that we should expect that number to grow “as the year goes on.” The chain is encouraged by “significantly higher average checks” at test locations, he said.

Still, the company is still monitoring what works in different markets.

“I would not say this is going to be a systemwide rollout in the near term, certainly not in 2018. But we definitely see pockets of stores that this could make a lot of sense in,” Cappasola said.

As for expansion, Del Taco said a Michigan franchisee has signed an agreement to add locations in the greater Detroit market.

Del Taco closed 2017 with a profit of $49.9 million, compared with $20.9 million for the same period the previous year. The surge in net income was due to a one-time income tax benefit of $29.1 million. Systemwide, the chain opened 20 restaurants last year, and closed seven locations, bringing the total unit count to 564 as of Jan. 2.

Correction: This Del Taco earnings were released on Wednesday.