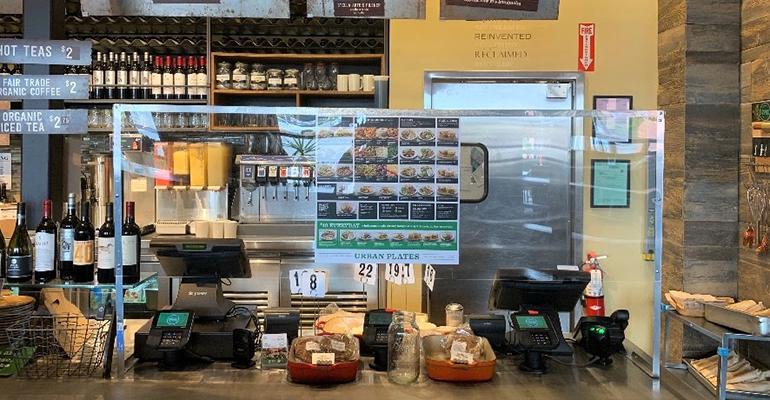 The cost of equipping a post-shutdown restaurant

Operators are putting health and safety first, but that requires a significant investment in protective tools and gear

As if running a restaurant wasn’t challenging enough, in a post-coronavirus world it now requires a whole new set of tools and gear just to keep employees and customers safe.  Yet, operators across the country are rising to the challenge, prioritizing health and safety and making major investments in the necessary equipment, regardless of the costs.

“It’s not a chapter in a book — it’s a whole new book,” said Steve Greer, chief marketing officer of Encinitas, Calif.-based Urban Plates. “It had to end with physical changes and investment.”

The most significant investment for the 19-unit, fresh-made fast-casual chain has been the expansion of its kitchen display system to reroute how guests order.

Previously, guests would walk a food line, select what they’d like from various stations while a staffer prepared that part of the dish, then passed it to the employee at the next station, and so on. Since the onset of COVID-19, Urban Plates has eliminated that process by revamping the line layout. Now guests walk directly to the cashier, who is behind a plexiglass barrier, to place their order.

“It was a massive undertaking,” said Greer. “We’re thinking long-term and investing.”

The price tag for the physical changes and all the associated new equipment, such as additional computers and printers, was about $22,000 per location. That investment is on top of the $78,000 the chain spent from March through June providing masks, gloves, and hand sanitizer to its more than 600 employees. 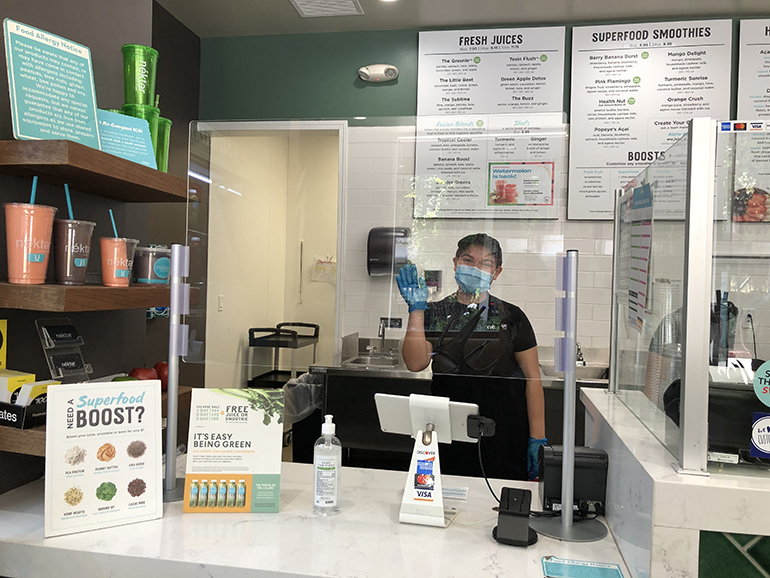 Other chains have found a way to protect employees and customers through less drastic, yet still costly, changes.

For example, the most notable investment made by Bellevue, Wash.-based MOD Pizza has been the installation of POS/cashier shields. To install plexiglass sneeze guards around the cashier stations systemwide has cost the chain about $70,000.

“We went through a lot of testing, so the squad feels safe,” said Kevin Petrisko, senior vice president of store development for MOD Pizza, of the new barriers. “It was a high priority for our leadership.”

MOD is also in the process of switching from hand dryers to contactless paper towel dispensers in its restrooms. With the dispensers priced between $30 and $50 each and the need to install at least two in each MOD location, the chain will soon shell out as much or maybe even more than $40,000.

By far the biggest investment for Santa Ana, Calif.-based-based Nekter Juice Bar has been personal protective equipment, or PPE. The 171-unit chain, which specializes in smoothies and açai bowls, is using per day more than 800 disposable face masks, 21,000 pairs of gloves and about 160 gallons of hand sanitizer. The cost to keep its 2,100 employees safely outfitted is between $3 and $5 per employee per day.

“It’s hard enough to make a restaurant work at 100% capacity, and [now] you have improved costs … it adds up,” said Steve Schulze, Nekter president and CEO.

Other equipment investments being made at the franchised juice brand on a store-by-store basis include the addition of plexiglass barriers for cashier stations, and two-sided refrigerators, which are being tested in the chain’s top three markets of Arizona, California and Texas. Franchisees can opt-in to purchase the refrigerators, which cost about $1,000 each.

The two-sided cold cases make it easier for staff to load up orders from one side while customers or third-party delivery drivers grab them from the other side, eliminating potential contact between the two.

Meanwhile, City Winery, Michael Dorf’s restaurant, winery and live-music venue with 12 locations in seven cities, has not heavily focused its investments in any one area, but rather across a variety of areas.

Among the notable investments are providing disposable masks and gloves for the 155 employees out of about 1,100 who have been called back to work so far; adding hand sanitizer stations around the front of house; upgrading bathrooms with contactless soap and paper towel dispensers and toe pulls for all stalls/doors; and installing plexiglass barriers around customer service stations. 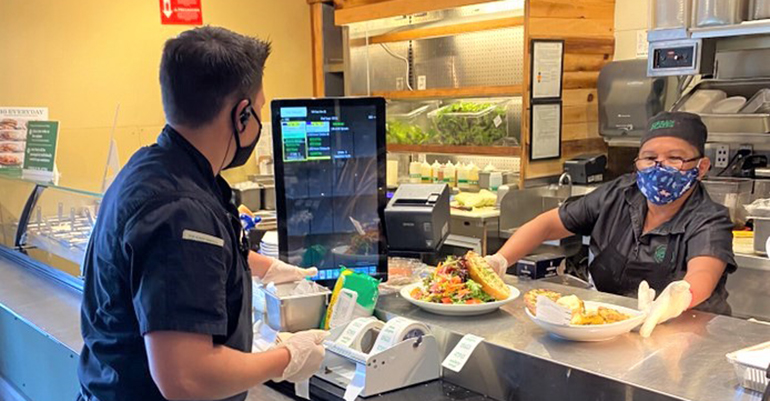 A breakdown of the costs per investment weren’t available, but Miller said he estimates that City Winery has so far spent “tens of thousands of dollars.”

With such high costs associated with even the basic tools and gear, operators are taking disparate approaches to paying for it all.

“As we think of these as the new normal, my hypotheses is we would absorb most of this into the cost of doing business,” said MOD Pizza’s Petrisko.

Right now, however, Petrisko said MOD is paying for these investments by re-allocating a lot of its new store opening growth capital.

Other operators are drawing on existing resources or simply eating the additional costs.

“We are fortunate enough to have funds in the brand to afford this,” said Urban Plate’s Greer.

“There was a priority of funds,” said Miller. “[We] stopped spending anywhere we could not to bleed.”

At Nekter, Schulze is trying to offset the costs by optimizing labor and absorbing the rest.

“Right now we have to absorb those costs,” said Schulze. “Most important thing right now is to get guests back into the restaurants and do it safely.”

Correction, July 1, 2020: The spelling of Steve Schulzer, Nekter's president and CEO, was corrected.