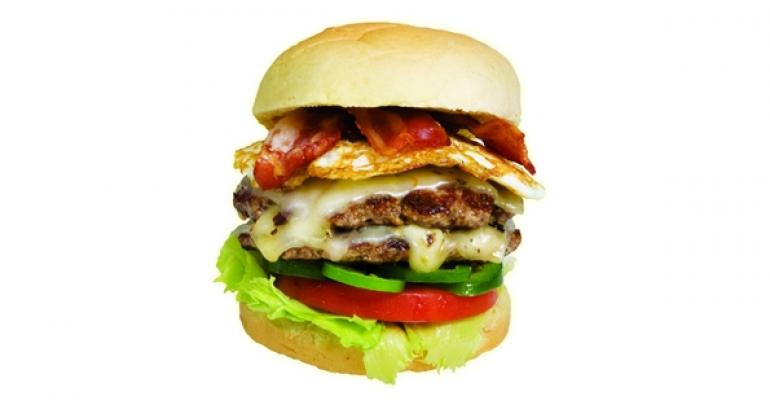 Tom Jednorowicz and Doug Reichl, co-founders and co-owners of Meatheads, are tackling the growth of their 10-unit chain with military precision.

The leaders, who this year plan to open six units, are fans of Sun Tzu’s “The Art of War,” a military treatise from about 500 B.C. that they encourage their managers to read. Central to the pair’s philosophy is the document’s focus on one’s own strengths — as opposed to the heated competition they face from other better-burger chains for customers and real estate.

“The No. 1 rule is, if at all possible, avoid conflict,” Jednorowicz said from a booth at Meatheads’ location in Chicago’s Roscoe Village neighborhood, the chain’s most recent unit and the first to open within the city limits.

That may seem tough when Five Guys Burgers and Fries or Smashburger are opening on almost every block, but it’s not impossible, Jednorowicz said.

“You have to be different and better,” he said. “You have to figure out what you are and execute that at a high level. … Other chains are trying to be quick service with better food, and we want to be full service but just slightly below that. That’s why we have guests order at a counter: so they don’t feel like they need to tip.”

Meatheads has an even split between male and female customers and between lunch  and dinner traffic. The brand cultivated that balance intentionally to position itself as the burger brand for families, Jednorowicz said. Through that lens Meatheads focuses “maniacally” on family-friendly service standards, such as ingredient quality, clean dining rooms, pre-bussed tables and manager visits to nearly every table.

Trying to differentiate the brand in this way has let Meatheads outmaneuver competitors, even when they open across the street, Jednorowicz said.

“What happens is it gets people talking, and they end up comparing and contrasting, and that has driven our revenue sustainably,” he said. “In Bloomington, Ill., Smashburger opened up down the block, and it has functioned as a catalyst for our business.”

Burger expert Scott Hume, the Chicago-area-based editor of BurgerBusiness.com, said Meatheads’ positioning within the crowded better-burger sector as a family-oriented concept is replicable. Its menu allows for the customization standard in the segment, he said, but Meatheads’ handful of signature burgers also plays well with the takeout crowd.

“Part of that smart positioning is keeping the concept simple,” Hume said. “You can run that and franchise that, and then put the emphasis on quality ingredients. Everybody thinks there’s never room for another burger chain, but there always is. People always love burgers, and if you stay true to the quality, there’s always room.”

But Jednorowicz argued that Meatheads’ menu is also more diverse than its competitors’ custom-built burgers.

“Go into Five Guys and order a burger with avocado and cucumber-wasabi sauce, and a chocolate shake, and see what they say,” he said. “They’re simpler than we are.”

The glut of competition and older real estate sites have Meatheads’ leaders ruling out some areas of the Northeast and Washington, D.C., but Jednorowicz and Reichl said they are confident they can continue to expand to urban or suburban markets in Chicagoland and beyond. Initial markets comprise Midwestern states where Meatheads’ current guests vacation, or near Big Ten college markets in areas like Wisconsin, Michigan and Ohio.

“When you’re growing a concept like this, your bottlenecks should be in one of two places: quality real estate and quality people,” Jednorowicz said. “Getting quality people lends itself to execution consistent with the high standards we expect.”