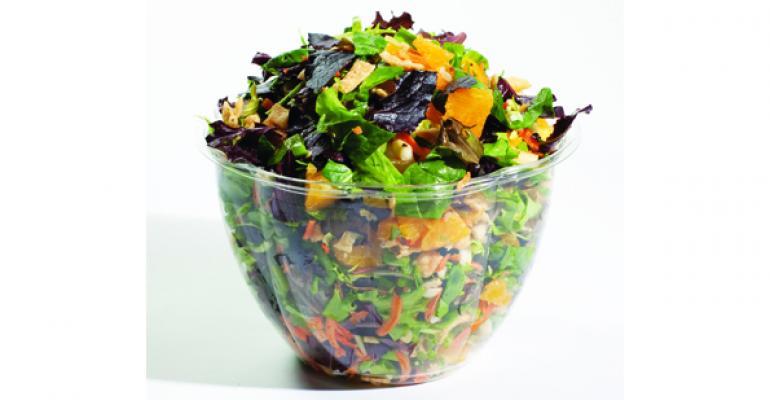 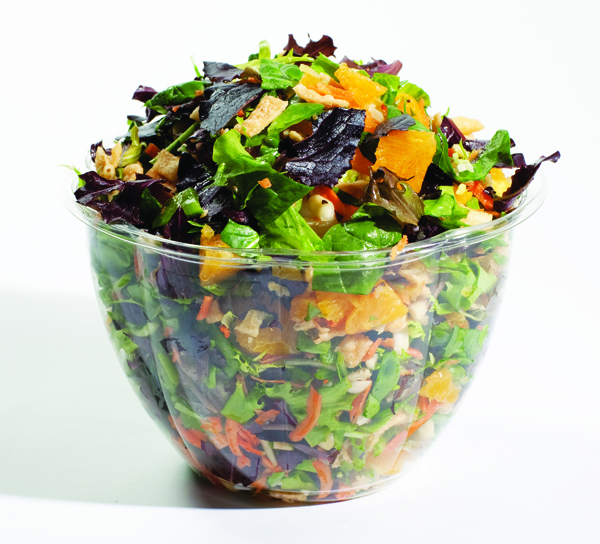 The fast-casual chain, which has designs on eventually becoming a national brand, is at the forefront of the revolutionary changes in the way today’s customers view food, he said.

The concept, he said, differentiates itself by “getting flavors to blend in different ways and making our own dressings. We aggressively created our own combos as well as classics — things we knew and loved. We do seasonal specials, with three that rotate every eight weeks, some with roots in fine dining.”

The goal, Marsh declared, is to “be the place to rely on to explore good food and push boundaries while being satisfied.”

Brands such as Chop’t, said Technomic Inc. executive vice president Darren Tristano, are becoming more appealing to affluent consumers because of their fresh preparation, reputation for healthful food and price points. The environment in the fast-casual salad segment is more competitive today, with Freshii, Tossed and others having entered the ring at the same time that chains such as Burger King and Taco Bell are adding more salads, he continued.

Nancy Kruse, president of The Kruse Company and a Nation’s Restaurant News contributor said the appeal of Chop’t lies in “the freshness of the items and the ability of patrons to customize dishes to suit their tastes  —  both powerful drivers of long-term success. They do a good job with unusual, often premium ingredients like Beluga lentils, hominy and miso-tahini dressing. They make the concept memorable and set it apart from the competition.”

Dennis Lombardi of WD Partners in Columbus, Ohio, said he sees the Northeast corridor as a logical expansion area for Chop’t because of the high volume represented in its urban centers.

“The real trick is being able to design front-of-the-house and customer flow, but move customers through the line and out the door,” he said.

Marsh noted the bar has been raised for quick-service concepts of late.

“When Danny Meyer gets into it, you know it’s happened,” he said. “There’s so much more creativity that you’ve got to be on your game. At every price point there’s demand to improve the product.”

“The dressing is a cult favorite,” Marsh said. “When our Seasons Specials menu rotated in July, fans demanded we bring it back. It is now on the permanent menu.”