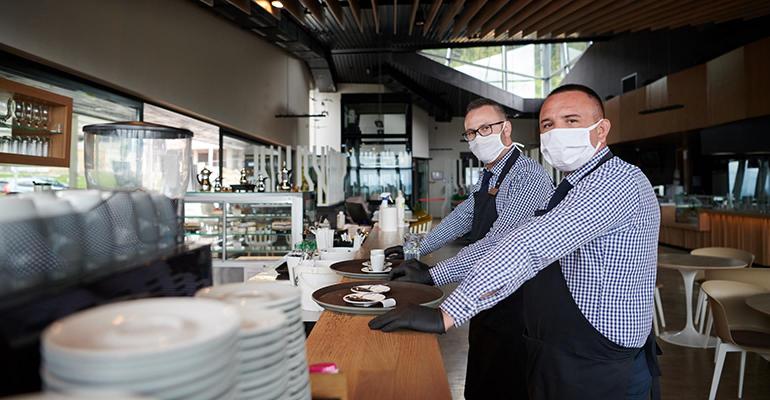 .shock / iStock / Getty Images Plus
The portal is completely closed to applicants and funding has run out.
News

The U.S. Small Business Administration announced Thursday that it is closing the Restaurant Revitalization Fund portal on July 14. Until then the portal will remain open for applicants to check their status and ask questions but is currently closed for applications. Businesses that have not received funding as of July 1 will go back into the queue if Congress passes another round of the Restaurant Revitalization Fund.

“Due to overwhelming demand, the SBA was unable to fund all qualified applications with the original appropriation provided in the American Rescue Plan Act,” a letter from the SBA sent to all applicants said. “Those applicants who have not received funding as of this email will have their applications held within the application platform to allow for processing in the order received if additional funds are provided by Congress.”

According to the letter, the SBA received 370,000 applications from foodservice businesses around the country and were able to fund 105,000 with the original $28.6 billion set aside in the first round. The SBA also said that of the grant recipients, about 10% were small restaurants with gross receipts of less than $50,000 in 2019.

This news comes on the heels of the SBA sending out multiple rounds of letters to previously approved grant applicants rescinding their approved funds after multiple discrimination lawsuits halted the SBA from funding restaurants that applied within the 21-day priority period for women, veteran and minority-owned businesses.

On June 14, 2,897 notices were sent out to businesses rescinding their previously approved funds, followed by two more less-publicized rounds of letters sent to an unknown number of applicants that took back approval of promised grants, the latter of which appeared to completely reject the applicants, rather than placing them back in the queue. The U.S. SBA has declined to comment directly on the status of these applications.

“For a hundred thousand restaurants, the RRF has made their future clear and stable, but for the more than two hundred thousand operators shut out of funding, receiving this letter today only heightens their fear and anger,” Sean Kennedy executive vice president of public affairs for the National Restaurant Association said in a statement. “[…] These operators have made all of the cuts and changes they can to stay open for the last year and are once again worried they won’t make it another month. We need Congress to act on the RRF Replenishment Act to provide the SBA with the funds they need to complete this important mission.”

There is no update yet on if or when Congress would vote on the second round of the Restaurant Revitalization Fund, which was introduced to Congress on June 9. The legislation was again introduced as a bipartisan effort to replenish the Restaurant Revitalization Fund with a $60 billion second round of restaurant relief. Congress is currently on recess for the Fourth of July holiday, and will reconvene the week of July 12. As is tradition, Congress will again be on recess for the entire month of August.

Nation’s Restaurant News has reached out to the SBA for further comment on the status of applicants that received un-approval letters and are still awaiting funding.