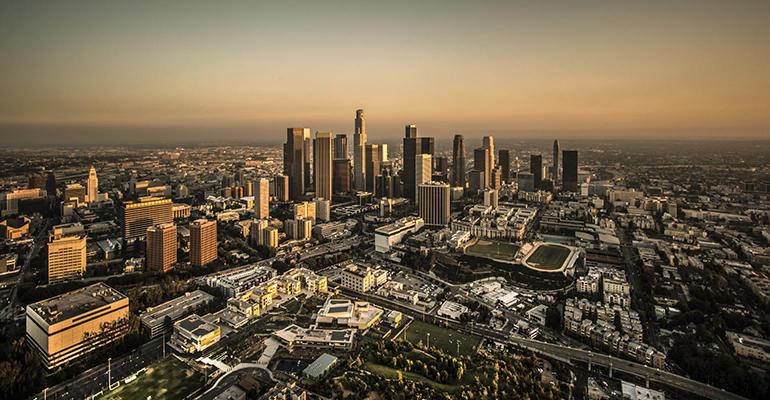 A Los Angeles Superior Court judge on Tuesday denied an injunction filed by the California Restaurant Association, or CRA, attempting to block Los Angeles County’s ban on outdoor dining. But the judge allowed the association’s lawsuit challenging the ban to move forward.

The lawsuit was filed Tuesday in an 11th-hour plea ahead of the county’s lockdown on outdoor dining, which is scheduled to begin Wednesday night. The ban was announced Sunday in an attempt to quell a sharp rise in COVID-19 cases after LA's five-day average case count grew past 4,000.

The CRA originally asked the judge to issue an order to temporarily halt the ban until the county can provide scientific evidence to back their decision to prohibit outdoor dining.

“The recent order with no stated scientific basis from LA County singles out a specific industry and could jeopardize thousands of jobs,” said Jot Condie, the CRA's president and CEO, in a statement. “There are thousands of restaurants and many thousands more employees who could be out on the street right before the holiday season.”

Condie said the association would proceed with the lawsuit.

Currently indoor dining is still not allowed in Los Angeles, so after the scheduled lockdown on Wednesday night, Los Angeles County's restaurants, bars, breweries, and wineries will have to rely on delivery, takeout and drive-thru service for at least the next three weeks.

CRA  attorney Dennis Ellis, with Browne George Ross O’Brien Annaguey & Ellis law firm, said in a statement on Tuesday that banning outdoor dining “in the absence of scientific evidence” connecting restaurants with the spread of the virus as “an arbitrary decision.”

“Restaurants have worked very hard to reduce the spread of the virus by following the mandates of the governmental health officials, and through these efforts, the county of Los Angeles’s own data shows that restaurants are not the cause of the recent increase in transmissions,” Ellis said.