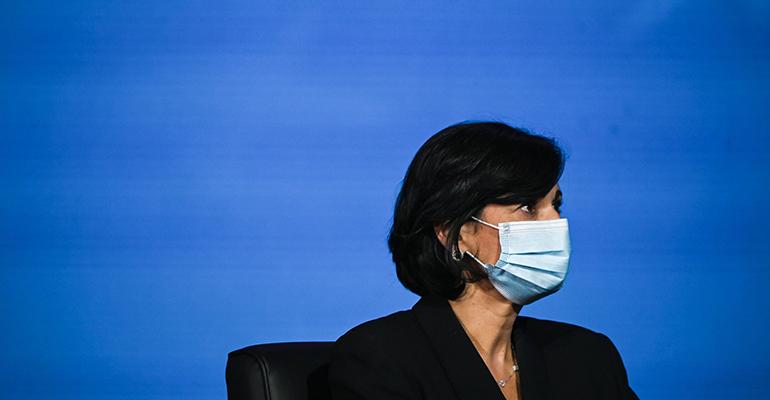 March 4, 2021: This story has been updated with comments from restaurant operators.

The wave of cities and states loosening COVID-19 restrictions on businesses this week — including Texas, Chicago, San Francisco and Massachusetts — prompted Centers for Disease Control and Prevention director Dr. Rochelle Walensky to warn Americans Monday that there is still strong potential for a fourth wave of the virus, despite the fact that numbers of new cases have dropped by more than half since their peak in early January.

"Please hear me clearly," CDC Director Dr. Rochelle Walensky said in a White House press conference on Monday. "At this level of cases with variants spreading, we stand to completely lose the hard-earned ground we have gained."

Speaking directly to states and cities that have rolled back restrictions, she added, “Now is not the time to relax the critical safeguards that we know could stop the spread of COVID-19 in our communities, not when we are so close.”

Other health experts agree. Diana Cervantes, an epidemiologist at the University of North Texas Health Science Center in Fort Worth, told The Dallas Morning News, “We don’t want a spring break spike. Right now we’re at a critical cusp point where things could definitely turn around. It could either go up or down.”

On Wednesday, President Joe Biden called the decision for Texas and other locales to lift restrictions, “neanderthal thinking,” saying, “We are on the cusp of being able to fundamentally change the nature of this disease because of the way in which we are able to get vaccines in people’s arms.”

But states like Texas believe it’s time to get back to as close as normal as possible, for the sake of economic recovery, with Abbott saying, “We must now do more to restore livelihoods and normalcy for Texans by opening Texas 100%.”

While this is good news for the business community, some restaurants remain skeptical that it’s safe enough to roll back restrictions. Eater has compiled a list of 35+ restaurants statewide that have already committed to sticking with either mask restrictions and/or dining room capacity limits.

Other operators and chefs have expressed very strong opinions about Abbott’s plan, with chef Michael Fojtasek posting on his Instagram that “Reopening Texas without vaccinating hospitality workers is murder.”

Currently in Texas, frontline healthcare workers, people over 65, and those with a select list of co-morbidities can get vaccinated, but it is not certain when hospitality workers will join that list.

"Our industry - NRA and SRAs - has to fight for our employees to be vaccinated as essential workers," Dey told Nation's Restaurant News. "Some states have done it, most haven't. We are essential - we apply the maximal safety precautions  for people to get together without clustering in their own homes and causing unfettered irresponsible spread."

Dey added that she will be reopening her restaurant Friday "with great trepidation."

"75% of me doesn't want to do this because of the risk to our team and being a potential factor in spread," she said. "But a year of bills and only 20% revenues, escalating debt, two four month bouts of mandated and voluntary indoor closure and a decimated and unemployed team (starting from scratch again, it's killing us) has forced us into reopening."

Derry expressed concern over choosing between her ethical stance on mask mandates and wanting to keep her business alive:

"Guests are now choosing which businesses to support based on their stance on the issue," she told NRN. "And myself and my employees are now responsible for enforcing our rules, which could cause conflict with guests who do not choose to wear masks. Without the mandate in place, we don’t have a place to turn for support when a guest conflict arises."

Derry said that she will continue enforcing mask mandates for her staff and strongly encourage customers to wear them, in large part because she is concerned not doing so can cause a fourth wave.

"I would like to see more planning and thought put behind these decisions, with consideration for how they will impact independent businesses—and put guidelines in place to support us," she said.

Here is a breakdown of all the most recent COVID-19 restrictions changes from other cities and states around the country: