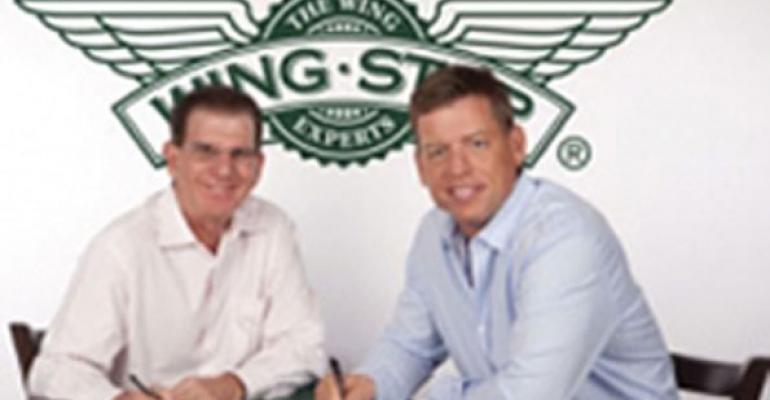 For many professional athletes, restaurant franchising has been the path to lifelong financial stability once the final whistle blows on their playing days, and the most recent franchise deal between Denver Broncos quarterback Peyton Manning and Papa John's Pizza shows how high-profile athletes are becoming more outspoken in their enthusiasm for the industry.

For every superstar of Manning's caliber with the ability to acquire dozens of operating restaurants, there are also several pro athletes who have saved enough money from their sports careers to finance a handful of locations in the hopes of building a larger company, as former pro-basketball player Junior Bridgeman has done.

Industry professionals hope both types of athlete operators increase their participation in foodservice, and the International Franchise Association has sought to formalize this kind of activity through the Professional Athlete Franchise Initiative, which began in 2010. The IFA has been active in connecting franchisors and retired athletes at its convention and other events, including a panel presentation this past February, where former National Basketball Association star Jamal Mashburn shared his experience as a franchisee with Papa John's and Dunkin' Donuts.

Often the professional sports leagues will facilitate networking between restaurant brands and their players, as the National Football League did with former offensive lineman Brandon Gorin, now a Marco's Pizza franchisee, and several others.

Regardless of how they are drafted to operate with their new brands, current and retired athletes have stepped up their investment in the restaurant industry. The following franchisees are some of the industry's most famous and successful players to date.

Even before his 12-year career in the NBA ended in 1987, Ulysses "Junior" Bridgeman worked at Wendy's to study how restaurants operate and lay the groundwork for a second career in foodservice.

Today, his Louisville, Ky.-based company, Manna Inc., owns several corporations, including Bridgeman Foods, the franchise operator of more than 160 Wendy's locations, more than 100 Chili's units, and several dozen Fazoli's restaurants. According to Black Enterprise magazine, Bridgeman's company had more than 11,500 employees and revenues of more than $500 million in 2011.

Bridgeman also was named to the board of directors of Churchill Downs last month and serves on the board of Fifth Third Bank.

The Broncos quarterback (pictured right with Papa John's CEO John Schnatter) began his stint with Papa John's more than a year ago, as a spokesman helping pitch the Super Bowl XLVI Coin Toss Experience for Papa John's. The program offered a free large pizza and 2-liter soft drink to members of the chain's loyalty club after a national poll correctly predicted the pregame coin toss for the Super Bowl.

Now, Manning is a Papa John's franchisee, having signed a contract to acquire 21 restaurants in the Denver area.

"I don't know of a person or business partner who has a higher standard on quality or competes more fiercely than Peyton Manning — on and off the field," said John Schnatter, the brand's founder and chief executive. "Having Peyton as a franchisee is a huge win for our brand, especially for our customers in Denver, where our business has never been better."

Manning said he was "thrilled" to formally join the Papa John's organization after becoming a close partner with Schnatter and the corporate team during his time as spokesman.

"It's a smart investment now and will be long after I'm done playing football," he said. "I'm particularly impressed by John's drive to make everything about Papa John's better, along with his ambition and plan to continue growing the brand around the world."

Papa John's is the official pizza sponsor of the National Football League and several NFL teams, including the Broncos.

Five-time NBA champion and three-time MVP Earvin "Magic" Johnson (pictured right) serves as a prototype not only for tall, physical point guards, but also for professional athletes looking to run multifaceted businesses after they are done playing sports.

Starbucks ended the joint venture in 2010 by acquiring all the UCO coffeehouse locations.

Johnson has also partnered with T.G.I. Friday's, Fatburger and Burger King, and in 2006 he partnered with on-site giant Sodexo to form SodexoMagic, which operated 16 on-site accounts by 2009.

Aikman (pictured right with Wingstop CMO Andy Howard) led the Dallas Cowboys to three Super Bowl wins in the 1990s and got his start in foodservice in 2003 as spokesman for Wingstop, the Richardson, Texas-based chain of more than 500 locations in 34 states and Mexico. Since then, he also has joined the Wingstop board of directors and recently helped unveil the brand's newest concept, Wingstop Sports.

The quarterback also has drafted his former boss, Cowboys owner Jerry Jones, into the industry, first in commercials for Wingstop and this past year as a fellow franchisee of Dunkin' Donuts. In March, Dunkin' announced a 50-store partnership with Aikman and the Jones family, in which all three parties would be responsible for strategic planning, expansion and marketing of the Dallas-area Dunkin' Donuts business, with the franchisor in charge of operating the stores.

Jones also starred in a commercial for Papa John's Pizza earlier this year.

Other current and former professional athletes to recently sign franchise deals with Wingstop include Drew Gooden and Voshon Lenard of the NBA and Ron Stone and Willie McGinest of the NFL.

This past July, when quarterback Drew Brees (pictured right with Jimmy John's founder and CEO Jimmy John Liautaud) signed a five-year, $100 million contract extension with the New Orleans Saints, he celebrated by handing out free subs at a Jimmy John's Gourmet Sandwiches location in Metairie, La. The lost food cost did not bother the owner — since Brees is the franchisee for that location and others in the New Orleans market.

Brees opened that first restaurant in September 2011 and reportedly was on pace to open his third Jimmy John's in New Orleans in October. He was scouting real estate sites for a fourth unit at the time he signed his contract, according to the New Orleans Times-Picayune.

The Super Bowl MVP drops by his shop frequently, often trying to drive traffic by tweeting to more than 1 million Twitter followers that he is going to get a No. 9 sandwich, which in addition to being his jersey number also happens to be the number designated to Jimmy John's "Italian Night Club" sandwich.

Jimmy John's has more than 1,500 company-owned and franchised locations in the United States.