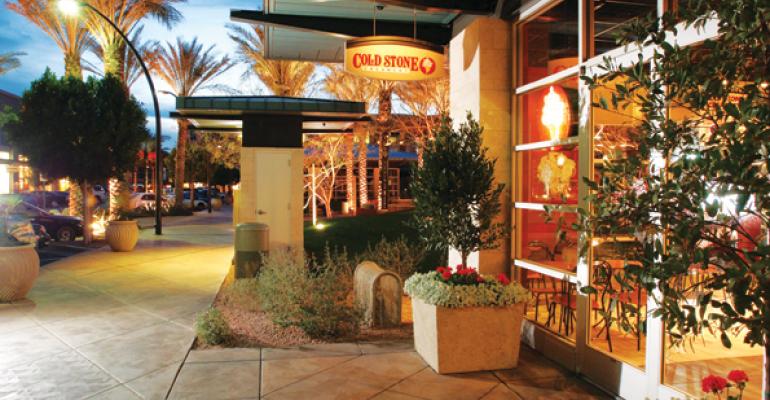 Canadian-based Serruya family acquires a controlling interest in the franchisor

Kahala Corp., the franchisor of such brands as Cold Stone Creamery and Blimpie, has sold a controlling interest to the Canadian-based owners of the Yogen Früz frozen yogurt concept.

Scottsdale, Ariz.-based Kahala, which is privately held, said late Tuesday that the deal with the Markham, Ontario-based Serruya family, which owns Yogen Früz, was completed Monday. Private-equity firm Delavaco Group Inc., run by Toronto-based investor Andy DeFrancesco, has also taken a stake in Kahala with the Serruyas, The Globe and Mail reported. Terms of the deal were not disclosed.

Kahala said Michael Serruya, who owns the 1,300-unit Yogen Früz chain with his brothers Aaron and Simon, has been named chairman and co-chief executive of Kahala. Kevin Blackwell, the founder of Kahala, has become co-CEO, the company said.

“The financial strength of the company has been significantly enhanced as a result of this transaction,” Blackwell said in prepared remarks. “It positions Kahala as an industry leader and will allow us to grow our portfolio by acquiring or partnering with other world-class brands.”

Kahala said the Serruya family’s experience in franchising will help grow its brands in international and North American markets.

“We look forward to using the experience and skill sets that we’ve obtained over the last 26 years in this industry, as owners and management of numerous quick-service restaurant brands, to work closely with the entire Kahala team to enhance and strengthen the franchise business model,” Michael Serruya said in a statement.

Kahala has said its brands have total annual revenue of more than $1 billion.

Michael and Aaron Serruya launched the Yogen Früz chain in 1986. It now has more than 1,300 locations in more than 46 nations. They also created CoolBrands, which owned rights to brands like Eskimo Pie. CoolBrands also had a deal to produce Weight Watchers-branded frozen treats, but it was liquidated in 2006.