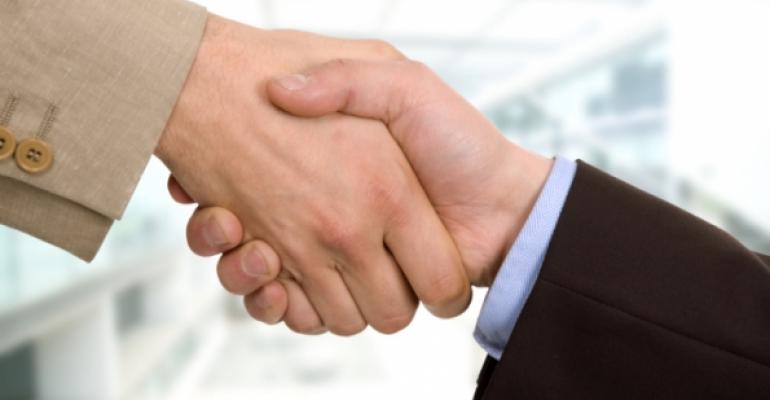 Acquisitions heat up as access to capital increases and some restaurant companies look to sell ahead of PPACA implementation.

Better access to capital and fear of potentially disadvantageous tax changes and mandates are fueling a recent increase in restaurant acquisitions.

“That acceleration was due to a change in tax laws from known to unknown,” said Craig T. Weichmann, principal at Weichmann & Associates LLC, a boutique investment banking firm in Dallas. “Whenever there’s uncertainty, there can be a land rush.”

The Patient Protection and Affordable Care Act also is playing a role as some operators decide being for sale is preferable to trying to comply with potentially onerous mandates, Weichmann noted.

“Many restaurant operators are just beginning to get educated on how they’re going to cope with that cost [for health care],” he said, adding that those already battered by economic headwinds simply don’t want to deal with the hassle.

Qualified buyers “can get a depressed chain at a favorable price and turn it around,” he said. “The bigger chains with all of the cash behind them may start acquiring smaller chains for scraps and rebuilds.”

Here is a look at some recent deals:

Ignite, the Houston-based parent of the 129-unit Joe’s Crab Shack and 15-unit Brick House Tavern + Tap chains more than doubled its number of locations — and its real estate holdings — by adding the 210-unit Macaroni Grill chain to its portfolio.

“We’re bringing in a massive portfolio of real estate and giving ourselves a lot of strategic alternatives,” Blanchette said at the time. “We are excited that this acquisition will transform Ignite into a company with three high-quality casual-dining brands, almost $1 billion in revenues and significant earnings growth potential over time.”

Ignite, which paid $55 million in cash for Macaroni Grill, likely bought the chain at a depressed price, Lyon said, noting that if lease rates in the general market are going up, it’s a good idea to acquire a company with real estate.

“Their intent is to take stores that are not profitable and knock them down and put in either a Joe’s Crab Shack or Brick House, depending on what makes sense,” he said.

Weichmann likened Bob Evans’ sale of struggling Mimi’s Cafe to getting rid of a terminal disease.

“You just want to get rid of all of the cancer and move on,” he said. “I applaud Bob Evans for cutting their losses short. … Some companies just prolong the decision. Bob Evans took the bull by the horns.”

The Columbus, Ohio-based company announced Feb. 15 the sale of the 145-unit Mimi’s Cafe chain to Dallas-based Le Duff America for $50 million, comprising $20 million in cash and a note of $30 million. Bob Evans purchased Mimi’s Cafe in 2004 for a reported $103 million.

“I feel bad for the [Bob Evans] team that inherited it,” Lyon said. “Certainly, on the surface, it doesn’t look very pretty at all. You start to question why it happened in the first place.”

When Bob Evans first purchased Mimi’s Cafe, it was viewed as a way to broaden the company’s portfolio, Weichmann said.

“Bob Evans wanted to break out, and they saw this as an opportunity to gain a new image for the company and a growth vehicle,” he said. “It ended up being a terrible experience for Bob Evans.”

But the low purchase price and terms of the deal hint that the Mimi’s Cafe buy was “tremendous” for Le Duff, Weichmann said.

“The structure and price suggest there weren’t many people at the bidding table,” he said, adding that Le Duff must be convinced they can turn the brand around.

“Landry’s has been an extremely active buyer,” Weichmann said, pointing to such recent acquisitions as that of Morton’s Restaurant Group Inc. for $116.6 million. “They tend to be the kind of buyer of last resort. They’ve assembled a huge portfolio of brands.”

Ark Restaurants rejected Landry’s initial offer of $22 per share, or $71.3 million, Feb. 22, calling the proposal “inadequate, not compelling and not in the best interests of Ark Restaurants shareholders.” As of press time, Landry’s had not made another offer.

Certainly, the price may be driven up, and the risk of drama is real when acquiring a public company, said Weichmann. But, he added of Landry’s executives, “They’re not novices. They’re not going to pay top dollar. … They’re accomplished at what they do.”