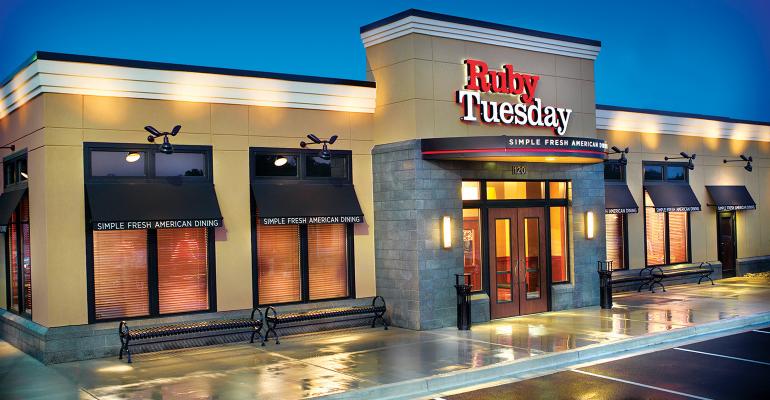 Ruby Tuesday Inc. expects to close its earlier-announced sale to NRD Capital on Dec. 21 after rejecting a “highly conditionally and not fully financed proposal” from another suitor last week, the company said Monday.

The Maryville, Tenn.-based casual-dining company, which agreed Oct. 21 to be acquired by the Atlanta-based private-equity firm NRD Capital in a deal valued at $335 million, said the alternative proposal came from The Boaz Group.

Several shareholders had filed lawsuits challenging the proposed Ruby Tuesday-NRD Capital deal, in which the private-equity firm agreed to pay $2.40 a share.

While the Boaz bid was for $2.88 share, Ruby Tuesday in a press release Monday said it rejected the latest proposal on Dec. 12 because Boaz “had failed on multiple occasions to produce an actionable proposal despite having been provided with ample time and opportunity to do so.”

Ruby Tuesday has been seeking strategic alternatives since March after suffering same-store sales and traffic declines and closing about 100 units. In October, the company said revenue in the first quarter ended Sept. 5 fell 15.3 percent to $217.3 million as same-store sales fell 5.8 percent. Traffic in the period fell 9.4 percent.

On the Boaz bid, Ruby Tuesday’s board of directors said it sought clarifications on the proposal and rejected it after determining it would not be superior to the NRD acquisition. The board continued to recommend shareholders vote for the NRD proposal.

As of Sept. 5, Ruby Tuesday had 599 Ruby Tuesday restaurants in 41 states, 14 other countries and Guam. The company owns 541 units and franchises 58.