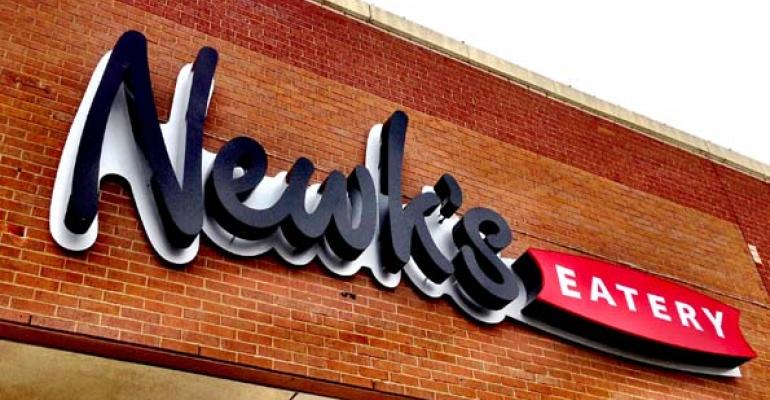 Newk’s Holding Company LLC was sold by its founders, which include Chris Newcomb and his father Don Newcomb, along with family friend Debra Bryson. Terms for the acquisition of the Jackson, Miss.-based company were not disclosed.

James Coady, a partner at New York-based Sentinel, described the Newk’s founding team as “pioneers” in the fast-casual dining market.

“Newk’s is well-positioned for accelerating its growth and is very well aligned with the emerging fast-casual trend in the restaurant industry,” he said in a statement.

Newk’s co-founders also created the McAlister’s Deli concept. After selling their interests in McAlister’s in 1999, the trio aimed to create a more upscale fast-casual brand with Newk’s, which is known for its made-from-scratch sandwiches, soups, salads and pizzas. At the center of each restaurant is the signature “Newk’s Roundtable,” which holds complimentary toppings and add-ons.

Founded in 2004 as Newk’s Express Café in Oxford, Miss., the chain has grown throughout 13 states across the Southeast, largely as a franchised brand.

In February, the founders announced plans to open 15 units in 2014, with the goal of opening 200 by 2019. At the time, the company said it had sold rights to more than 100 restaurants, scheduled to open over the next four years, including the lower Midwest, Texas, the Carolinas and Maryland.

Sentinel specializes in buying and building companies at the lower end of the middle market, and has a long history of investment with franchise brands in particular.

In addition, Sentinel took Eagan, Minn.-based Buffets Inc. private in 2000 in a $655 million deal with Caxton-Iseman Capital. Sentinel exited from that investment in 2004. And the private-equity firm held a controlling stake in Orlando, Fla.-based Tony Roma’s, which it sold in 2006.

Arlington Capital Advisors served as financial advisor to Newk’s for the deal.