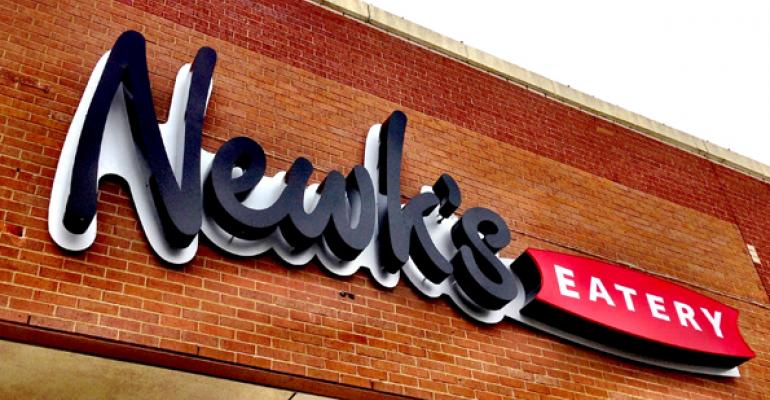 Fast-casual Newk’s Express Café is morphing into Newk’s Eatery in a rebranding that launched in the first quarter and has emerged full-fledged at a new franchise unit in Plano, Texas.

In addition to the tweaking of the name, the 52-unit chain’s rebranding includes a new logo on signage, printed items and marketing materials, according to the Jackson, Miss.-based company. The change marks the first revamp to the brand’s name and look since the original restaurant opened in 2004 in Oxford, Miss.

“After eight years, the Newk’s brand is maturing,” said Chris Newcomb, founder and chief executive of Newk’s Franchise Co. “We think this updated branding is an indication of the great direction where our company is headed.”

The first fully rebranded restaurant opened this month in Plano, which is a franchise unit operated by Cheek Holdings LLC. The store is the first in the Dallas market, and Cheek Holdings plans at least two more in the area in the next three years and as many as 15 total under the terms of its franchise agreement.

Newcomb said existing restaurants would begin upgrading their signage over time. Newk’s hopes to have all restaurants updated by 2015, and new locations — projections call for 15 this year — will feature the new name and logo from the start.

Few other changes will be made in operations or in the menu, which features a wide variety of sandwiches, salads, soups, pizza and specialty dessert items like the signature strawberry layer cake. Wines by the glass and beer are available at select locations.