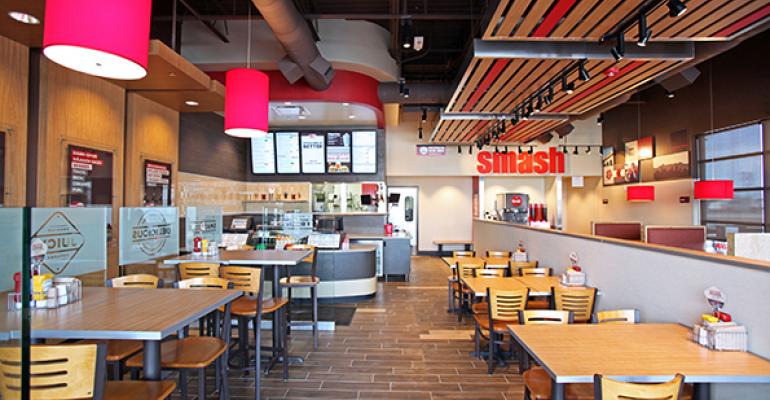 Jollibee Foods Corp. has acquired a 40-percent stake in Smashburger in a deal that values the fast-casual burger chain at $335 million, the Philippines-based quick-service operator said late Monday.

“Smashburger is one of the fastest-growing restaurant brands in the U.S., and we are very excited to work side by side with the owners and management of Smashburger as we continue its growth,” Jollibee chairman Tony Tan Caktiong said in a statement.

Caktiong said the deal would make JFC’s presence in the U.S. more significant, and noted that the $100 billion domestic burger market is three times larger than the pizza, sandwich or coffee segments in terms of sales.

"This acquisition will make the U.S. one of JFC’s most important markets and drivers of long-term growth along with the Philippines, China and other Asian markets abroad,” Caktiong said.

Smashburger is one of the fastest growing restaurant chains in the U.S. It debuted in 2007, and now has more than 335 locations, 60 percent of which are company-owned. The company is growing annually at a 20-percent rate.

“The partnership will provide additional energy and resources to Smashburger as we expand,” Scott Crane, president and CEO of Smashburger, said in a statement. “The team at Jollibee is focused on the same values as our company, which are to serve the highest quality food and provide a great dining experience for our guests.”

Smashburger has been looking for investors for some time. In 2013, it hired advisers to seek investors, and considered the IPO route, suggesting in 2014 that it could one day join a generation of upstart chains on the public markets. The deal with Jollibee gives Smashburger the growth capital it has sought.

“We at Smashburger are excited about our new strategic partnership with Jollibee,” Rick Schaden, chairman and co-founder of Smashburger, said in a statement. “As founders and entrepreneurs, we both have built teams that focus on bringing the highest quality and best tasting food to our restaurant categories.”

Jollibee has said for months that it wanted a U.S. quick-service chain with a market value of “at least $1 billion,” as well as room to grow, in a bid to make inroads into the U.S.

While Smashburger may not quite have that market value, it does have room to grow, and continues to add locations.

Jollibee operates and franchises a network of more than 3,000 restaurants worldwide under several trade names, the vast majority of which are in Asia.