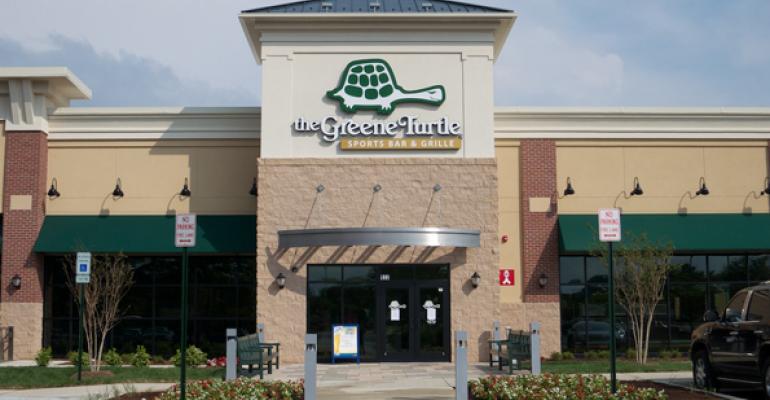 Terms of the deal were not disclosed, but Stone-Goff said it is working with The Greene Turtle’s management team, including CEO Bob Barry, to accelerate the chain’s growth.

“The Greene Turtle is a tremendous brand that represents great food in a sports themed atmosphere,” Laurens Goff, managing partner of Stone-Goff, said in a statement. “We are thrilled to partner with Bob Barry, his team and Greene Turtle’s fantastic group of franchise partners to continue the chain’s growth throughout the Eastern United States.”

The Greene Turtle was founded in 1976 in Maryland, and has since expanded throughout the East and Northeast, with locations in Delaware, Virginia, the Washington, D.C., area, West Virginia and Long Island, N.Y. The chain is a sports bar with big-screen televisions broadcasting local and national events.

The company has more than doubled in size in recent years, and has deals to expand into new and existing markets. Barry said support from the chain’s new owners will invigorate its operations and expansion efforts.

“This is a great opportunity for us and a strong testimony to the incredible potential and increasing value of our organization,” Barry said in a statement. “Stone-Goff and its principals have worked closely with us in recent months to gain an understanding and appreciation of what makes The Greene Turtle so special. We look forward to continuing our growth and evolution under their ownership.”

Stone-Goff doesn’t currently have any investments in the restaurant space, but according to the firm’s website it looks to invest in companies with “established, successful business models.”

The deal continues a strong mergers-and-acquisitions market in the restaurant business. Private-equity groups have been pumping money into the space in recent years supported by debt that is both plentiful and cheap due to low interest rates.

Correction: Oct. 21, 2015  An earlier version of this story misstated the headquarters of The Greene Turtle. It is based in Hanover, Md.