This Nation’s Restaurant News MenuMasters Awards is a highly respected competition honoring menu R&D leaders for their personal achievements and contributions to the foodservice industry. 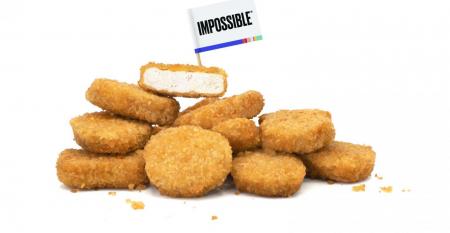 MenuMasters: Looking forward to upcoming trends
Oct 22, 2021
New cuts of meat and new types of meat analogs are in the works, as well as canned cocktails and more cheese

Culinary-school classmates bring global flavors to the American market
Oct 20, 2021
“Everything I do in Culinary is connected intrinsically to Marketing."- Nevielle Panthaky

Let Meherwan Irani tell you a story: Building a brand one tale at a time
Sep 27, 2021
Meherwan Irani is an unlikely culinary empire builder. After a career in luxury marketing and sales, first in the auto industry and then in high-end real estate, the Indian transplant to the American South found himself at a career crossroads in...

Two chefs meet at the intersection of tradition and innovation
Sep 21, 2021
Wolfgang Puck “It's about passion. If you're passionate about what you do, you never go to work because your love what you do.” ...

Chef Michael Salem innovates for the masses by leaning into individuals
Aug 13, 2021
His secret weapon? Literal ‘Get out of jail free’ cards.

Chef Sarah Grueneberg of Monteverde restaurant in Chicago named MenuMasters Innovator of the Year
Feb 11, 2020
Restaurateur to be honored at awards ceremony at the Drake Hotel in May

Thomas Keller to be inducted into MenuMasters Hall of Fame
Jan 27, 2020
Chef and proprietor of The French Laundry and Per Se restaurants to be honored in May

Sizing up the Popeyes chicken sandwich
Nov 01, 2019
Ahead of its return, Nation's Restaurant News charts its impact