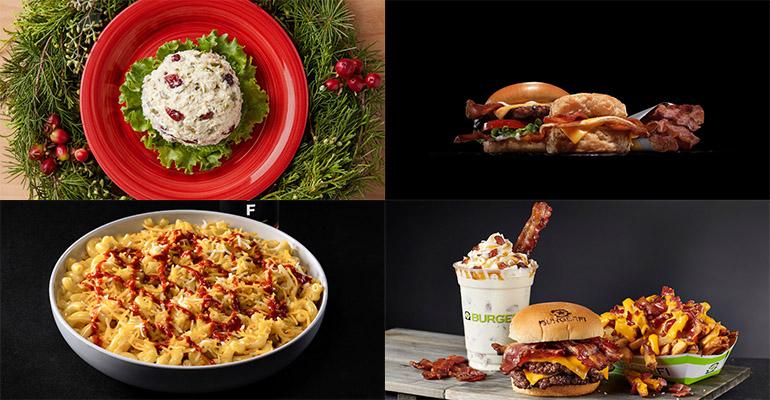 Sister brands Carl’s Jr. and Hardee’s, apparently not sure whether their customers will like candied bacon, are testing items using it in select markets. Similarly, Qdoba Mexican Eats seems to be wondering whether its customers want the chain’s queso mixed with pasta and are testing that. Noodles & Company already knows its customers love its mac & cheese, and they’re augmenting it this season by adding Truff, the truffle-enhanced hot sauce that has been making the rounds at numerous chains lately.

BurgerFi is offering several bacon specials, Carvel is playing with Biscoff, Fajita Pete’s has new carnitas and Creamistry and Mooyah Burgers, Fries and Shakes are offering peppermint treats for the season.

Chicken Salad Chick has a special seasonal salad, made by adding cranberries to its Jalapeño Holly salad, and P.F. Chang’s China Bistro and Smokey Bones have a whole lineup of seasonal specials.

Friendly’s and Panda Express both have new kids’ meals, and Vitality Bowls, which specializes in açaí bowls, has a massive lineup of new savory items.