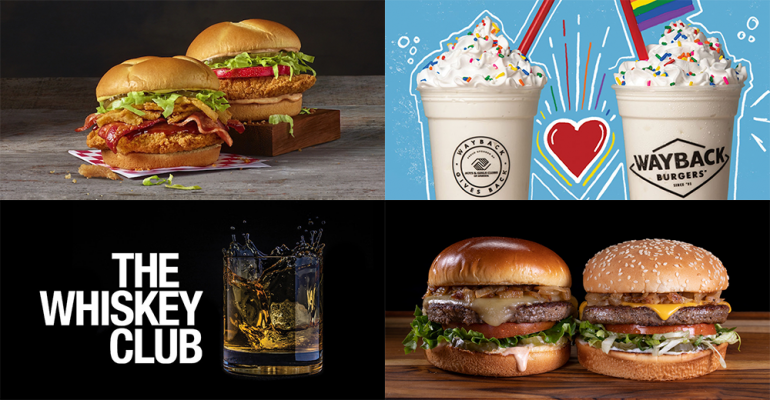 Discounted meal bundles continue to perform well for restaurants, so well, in fact, that BJ’s Restaurant & Brewhouse just added five new ones. Zaxby’s, meanwhile, has introduced a smaller version of its family pack with the new Zax Pack for Two, which it says is outselling the larger version by nearly two to one.

Eureka! is using its expertise in brown spirits to launch a monthly curated whiskey club, for which guests pick up a bottle and associated swag at participating restaurants.

Sister chains Checkers & Rally’s have tossed their two-headed hat in the chicken sandwich ring with two new options, and The Habit Burger Grill has joined the Impossible Foods club with two hamburgers made from the meat substitute.

Wayback Burgers is celebrating LGBTQ Pride month with a shake topped with rainbow sprinkles, and Velvet Taco is continuing with its ever-changing Weekly Taco Feature.