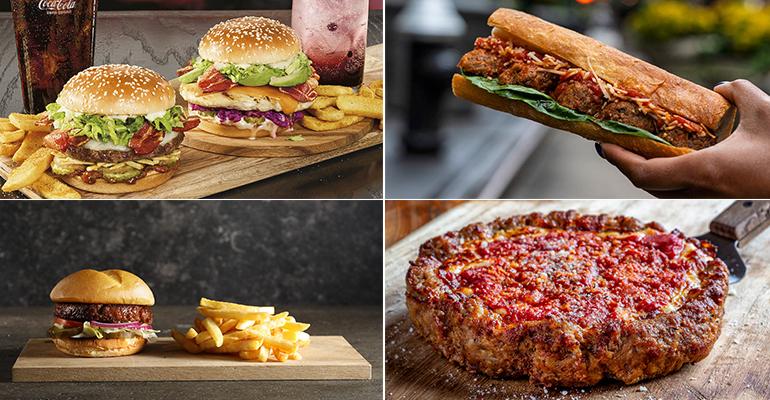 It’s a good week to go vegan, with Mooyah and Ruby Tuesday joining the growing number of restaurants offering plant-based burgers, and Fresh&co rolling out new items made with plant-based products from both Impossible Foods and Beyond Meat.

It’s an even better week to cut back on carbs, especially if you like pizza: Both Rapid Fired Pizza and Uno’s Pizzeria & Grill have introduced what they call “no dough” items. At Rapid Fired, the “pizza” is served in a pan over spinach or cheese, and at Uno’s the fillings come in what’s basically a bowl-shaped sausage. Meanwhile, Newk’s Eatery has rolled out a cauliflower crust.

Daphne’s, on the other hand, is adding a high-carbohydrate item in the form of the Middle Eastern flatbread lavash, and Red Robin is adding two high-flavor, full-meat sandwiches — one with beef and one with chicken.

Taco Cabana has introduced a new breakfast bowl, and Velvet Taco’s “weekly taco feature” is a high-carb affair of fried rice stuffed in a flour tortilla.