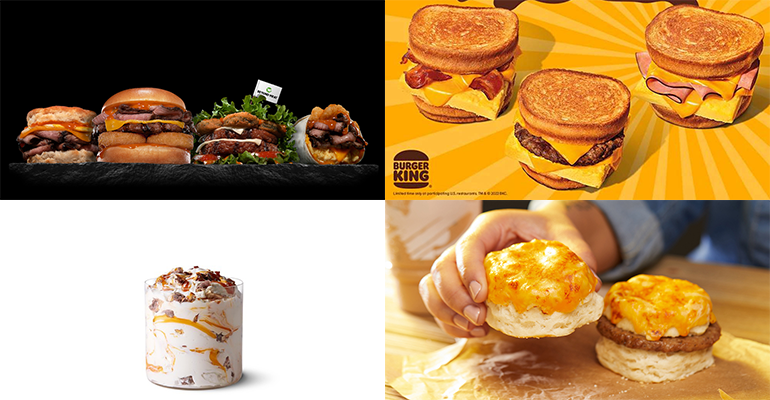 Given the frequent volatility of chicken wing prices, relying on that particular part of the bird is not an ideal business plan. That situation, and the fact that many customers, particularly Millennials and younger, prefer boneless chicken, whether that’s in the form of tenders, fingers or “boneless wings” made out of breast, seems to be pushing wing specialists to diversify.

Witness Wingstop, which introduced thighs last year and is now testing chicken sandwiches, or Wing it On!, which has rolled out dumplings, stuffed with chicken or vegetables and available in any of its rubs or sauces.

Jolene’s Wings & Beer, a virtual brand of Lazy Dog Restaurant & Bar, has both real and boneless wings, and now you can have them dressed in what it calls “Spacedust.”

Burger King, which tested breakfast melts in January, has rolled them out nationally as a limited-time offer, and McDonald’s is offering a limited-time McFlurry flavor at locations where its soft-serve machine works.

Taco Bell has brought back its Toasted Cheddar Chalupa nationally and it’s testing biscuits in Knoxville, Tenn., and Tim Horton’s is bringing back its Justin Bieber-inspired doughnut holes as well as a new cold brew unsurprisingly called Biebs Brew.

With the approach of summer, a bunch of chains are serving watermelon drinks, including Charleys Philly Steaks, The Coffee Bean & Tea Leaf, Main Squeeze Juice Co. and Ziggi’s Coffee.

The Ziggi’s drink is part of a whole new line called Fresherz, which bear a striking resemblance to the new Quenchers at Scooter’s Coffee.

Applebee’s has new cocktails, Halal Guys has a new seasoning for its beef, Lenny’s Grill & Subs has a Cubano and Luna Grill Mediterranean Kitchen is expanding its line of wraps.

Sister chains Garbanzo Mediterranean Fresh and The Simple Greek are working with a spiced feta dip and another of their sister chains, Saladworks, has a berry salad.

Portillo’s has plant-based hot dogs now, and Shake Shack is testing a vegan shake, because why use dairy when you can use sunflower oil and pea protein?