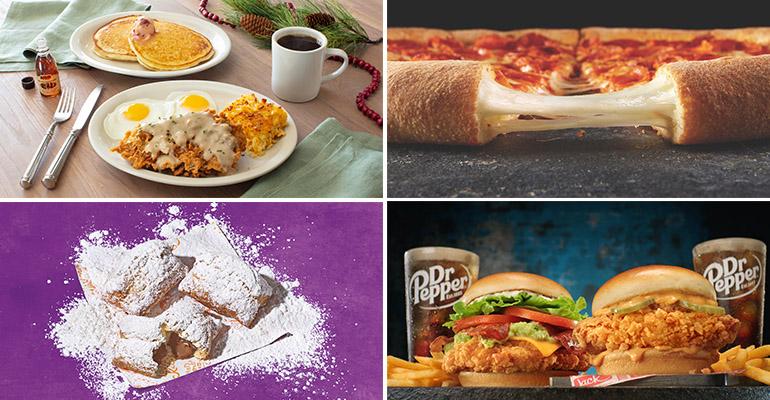 All you really need to know is that Popeyes Louisiana Kitchen now has beignets stuffed with Hershey’s chocolate, but there’s so much more in this week’s Menu Tracker.

Cousins Subs has two seasonal sandwiches with bratwurst, Perkins has a line of items made from pot roast, including a quesadilla, Farmer Boys has seasonal soups and Cracker Barrel Old Country Store has a platter featuring favorites from breakfast and lunch.

In the area of frozen desserts, Jeremiah’s Italian Ice and Lion’s choice both have peppermint treats, along with other items.

Voodoo Doughnut is marking the season with a minty doughnut.

Jack in the Box, like so many other quick-service chains this year, has a new chicken sandwich.

SinnyFATS has a new curry dish, Qdoba Mexican Eats has taken its cauliflower mash national, and Velvet Taco’s “weekly taco feature” is made with lamb.

Finally, Old Chicago Pizza & Taproom is offering a beer that reflects the way so many people feel about 2020 with Good Riddance IPA.