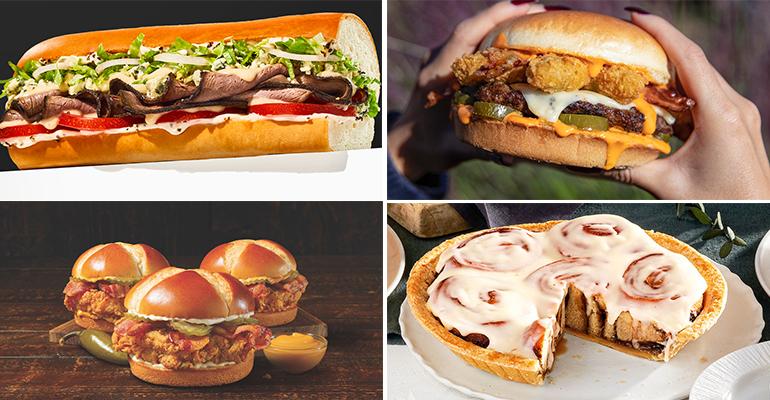 Subway is testing a new low-carb bread. It’s only available in four markets, but it does plan to expand the test. In fact, customers can vote on the next markets to offer the bread at hero.co/vote.

Halloween is on a Sunday this year, and that means an entire weekend of frivolity, mayhem and fake severed heads, and many restaurant chains are marking the occasions with special items that are pretty much only available this weekend, including Carl’s Jr. (whose El Diablo Thickburger is actually only available at one location, in Los Angeles), STK, Tim Hortons, Voodoo Doughnut and Ziggi’s Coffee.

Zoup! Is offering alligator gumbo, which could easily be Halloween-themed, but it’s not, and Velvet Taco is staying away from holiday themes with its Weekly Taco Feature, opting instead for spicy fried cauliflower, which I suppose looks like brains if you use your imagination.

Andy’s Frozen Custard has autumn-themed specials, but Cracker Barrel and The Coffee Bean & Tea Leaf are pushing forward to Thanksgiving and beyond.

Rush Bowls has a new seaside-themed option, North Italia has some seasonal brunch options, Donatos is bringing back some pepperoni favorites and O’Charley’s Restaurant & Bar has rolled out its autumn menu.

Church’s Chicken has expanded its fried chicken sandwich line, Jimmy John’s has a roast beef sandwich with blue cheese and Zalat Pizza has a Reuben.